Home / Slider / ‘Withdrawals from the Bank of Grace’

‘Withdrawals from the Bank of Grace’

Posted on June 4, 2014 by Sonia Buchanan in Slider, Spiritual 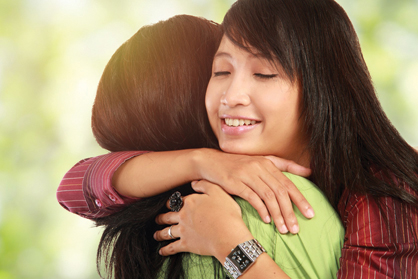 Reflections on giving and receiving forgiveness

Wouldn’t life be so much simpler if we could all just be perfect—if we never hurt each other or disappointed ourselves, never blundered, never stumbled, never needed to make amends?

When I was a child, there was a toy called Etch-A-Sketch, which looked sort of like a thicker, oversized iPad. You turned two knobs to make lines move up, down, and sideways on the screen (thereby drawing amazing pictures, according to the TV commercials, though the best I ever managed was a jumble of overlapping squares and rectangles). When you were tired of—or unhappy with—the marks you had made, you could just shake the pad, and it would all disappear, giving you a clean slate on which to try again. Sometimes I think it would be wonderful to have an Etch-A-Sketch for life—a way to just wipe the slate clean and start all over, with no trace of past mistakes, no residue from misbegotten turns of those directional knobs.

Forgiving mistakes and disappointments—our own and those of others—is much more complicated and difficult than just erasing them. Alexandra Asseily, who spearheaded the Garden of Forgiveness in Beirut, speaks of separating the pain from the memory, which is really what happens when we forgive. We still have the memory (sorry, no Etch-A-Sketch), but we can let go of the pain it caused us. In Asseily’s words, we’re no longer “puppets of the past.”

The power of forgiveness to change not just individuals but entire communities might explain why it holds such a compelling interest for scientists and theologians alike. You’d be hard pressed to find a major religion that doesn’t include some philosophy of forgiveness, and in the past few decades, the scientific community has been gravitating to it—in droves—as an area of study.

According to psychologist, professor, and for-giveness researcher Everett Worthington, PhD, there were about 58 scientific studies on forgive-ness in 1998; by 2005 there were 950. Both the International Forgiveness Institute (internationalforgiveness.com) and the Fetzer Institute’s “Campaign for Love and Forgiveness” (loveandforgive.org) testify to the overflow of forgiveness research and resources that have already been generated. The overarching message of all that research is that forgiving ourselves and others has great power to heal, and not just emotionally but also physically since it is often accompanied by reduced stress and lower heart rate and blood pressure.

One of the best descriptions of forgiveness I’ve ever heard is not scientific at all but metaphorical. It comes from Rev. Dr. A. James Forbes, Jr., senior minister of the 2,499-member, multicultural Riverside Church of New York City. Everyone who has ever asked God for forgiveness, Dr. Forbes explains, has “made withdrawals from the bank of grace.” And once we thoughtfully consider all those debits to our own account, we become more generous with the forgiveness we extend to others.

There’s a wonderful New Testament passage in which the Apostle Paul addresses human imperfection. Whatever religious beliefs you hold, whatever your understanding of God might be, Paul’s imagery speaks to our shared fallibility in a powerful way: “For God, who said, ‘Let light shine out of the darkness,’ made his light shine in our hearts to give us the light of the knowledge of the glory of God in the face of Christ. But we have this treasure in jars of clay to show that this all surpassing power is from God and not from us” (2 Corinthians 4:6-7).

If we were perfect, we might mistake the light that shines from us as being created by us. But we’re not, and it’s not. We jars of clay are chipped, cracked, and flawed from hurts we’ve suffered, bad choices we’ve made, moments of anger or arrogance that had painful consequences and left a few scars. And yet God fills us with this treasure of light, love, and grace, trusting us to preserve and share it—even though He knows we can be woefully careless with it sometimes.

So what to do about those cracks and chips? They can bring some serious regret because we know we put many of them there, willfully, intentionally, or maybe just carelessly. It’s tempting to return, again and again, wringing our hands over the flaws in our jars and wishing we could just take them back to the kiln and re-fire them—again, we’re longing for the Etch-A-Sketch treatment.

In her wonderful book Work in Progress: An Unfinished Woman’s Guide to Grace, writer Kristin Armstrong talks about how we can get stuck and stymied when we feel too ashamed of personal failings to bring them to light, ask forgiveness, and then forgive ourselves: “ ‘Woe is me’ should be written ‘Whoa is me’ because when we are in that place, we are certainly not going anywhere.”

One last word from Paul on why we jars of clay shouldn’t critique our imperfections so harshly: “Godly sorrow brings repentance that leads to salvation and leaves no regret” (2 Corinthians 7:10). In the end, it’s the flaws in our jars that make us realize how beautiful a perfect vessel could be and inspire us to try and restore them to their intended use—their calling. And that’s what forgiveness comes down to—not condemnation but restoration.