Home / Lifestyle / There’s an App for That

There’s an App for That

Posted on September 11, 2019 by Sonia Buchanan in Lifestyle, Slider 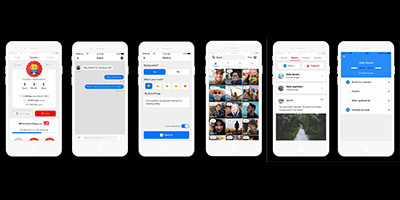 Although substance abuse may have stayed under the radar for many years, it’s now out in the open in the United States. Nearly 20 million American adults ages 12 and older battled a substance use disorder in 2017. Almost 74 percent of those suffering were suffering from an alcohol use disorder.  Approximately 38 percent of adults in 2017 battled an illicit drug use disorder. Illustrating the problem even more is that of those struggling with substance use in 2017, 1 out of every 8 of them were struggling with both alcohol and drug use. For those looking to find recovery and beat addiction, there’s now Sober Grid.

Sober Grid is an app that was specifically created to help those in recovery or looking to get into recovery. The platform essentially creates a sober community and can be accessed anywhere, anytime. “The app allows you to find other sober people that are nearby or far away,” says Sober Grid CEO Beau Mann. “When you open the grid, it shows people who are 5 feet away or a continent away. It’s truly creating a global community.”

Mann set out to create Sober Grid in 2015. As someone recovering from a substance use disorder, Mann found during his recovery that peer support was essential to beating addiction. “When I was 24 years old, I entered a program that really helped me,” he says. “I discovered during that time that peer support was important. A few years later, after I saw other apps connecting people to all sorts of groups, I wanted to be able to easily find other sober people. I knew it would be great if an app could help me find my sober peers, but there was nothing out there specifically for that use. That’s the genesis behind Sober Grid.”

The need for the app was great: More than 5,000 people signed up for it before it even launched. “It fills a void,” Mann says. “The need for something like this was real, and it shows with its quick popularity and use.”

A free iOS/Android app, Sober Grid can be downloaded and used like other social media apps, such as Facebook or Instagram. After downloading, customers can create a profile page and include all sorts of information about themselves. From there, they can see their posts, other people’s posts and a grid of other sober people. Sober Grid also includes a news feed. “If you’re having a tough time, you can create a post on the news feed that alerts other app users that there is someone in need of immediate support,” Mann says. “Wherever you are, whatever time it is, you can connect with someone. Sober Grid is here to facilitate that.”

To also help customers with their recovery, the app features Daily Quests, which is like a daily check-in for people to share what they are doing to focus on their recovery, whether it’s just checking in, making a commitment for the day, sharing a daily affirmation or writing a gratitude list. App users can also receive badges for hitting certain sobriety milestones to encourage progress, whether it’s one day, one week, one month, one year or more. The app also allows organizations to have their own private group within the app. For example, a college or university could have its own group, and students could filter the grid to show others on their campus.

New to the app — for a small fee — is the option for individuals to chat or correspond with state-certified peer recovery coaches to further help them get sober and stay sober. “It just rolled out in the past six months, and it allows customers to connect with a coach one on one,” Mann says. “Customers now have the option to speak to coaches, and that’s 24 hours a day, seven days a week.”

Today, Sober Grid boasts more than 160,000 people using the platform, making it the world’s most popular mobile sober community. It has been adopted in more than 170 countries around the world — creating a grid for sober people to find other sober people practically anywhere around the globe. Yet its creators are always looking for ways to improve the app’s functionality and usefulness.

Currently, they are working with researchers on technology to predict if someone is at a high risk of relapse using natural language processing. “We can hopefully look at what someone is typing and reporting and predict if they are at a high risk of relapse,” he says. “For example, if someone is typing about being depressed or cursing, it statistically increases their chance of relapse. We are working on the capability to alert someone if they are approaching that high-risk zone and to encourage them to get help, engage more and maybe even speak with a coach. We just really want to help people and connect millions of sober people around the world so that none of them ever feel alone.”