Home / News / Taking off the Blanket

Taking off the Blanket 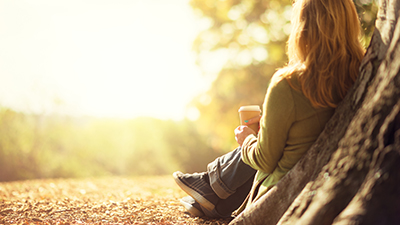 This is a hard story to tell and I don’t even know if I should be telling it. I’m bound to be judged and maybe I’m just going to write it here and not share it at all. But it’s cathartic to share, isn’t it? So people say, but it’s scary too.

When I was nineteen I was very unhappy. For the past year, I’d been in a relationship with a man 12 years older than me. He was handsome, clever and charismatic. He was also cruel, abusive and violent. Why didn’t I leave, you’re thinking? Well I loved him, strange as it may seem. Lots of other girls had wanted him but he had chosen little mousy quiet me. I know now that was why he chose me. He knew I would be easy to manipulate and abuse—and I was. He told me every day that I was fat, (8 stone!) ugly, stupid, and worthless and that no-one else would have me…and I believed every word. So, I stayed. I stayed for six years.

I’d always been curious about new experiences, I suppose you could say I was a sensation seeker, I am still to some extent, though I’ve quietened down considerably in my old age. I was definitely the sort of teenager who was attracted to trying drugs. I’d smoked pot since the age of 15 and took the occasional tab of LSD. I was quite partial to a bit of speed too, but I’d always said there was one thing I would never try—heroin. It was a mugs game. It wrecked lives, but what if your life was already wrecked?

I was living with him by then and he had started using heroin, saying it was recreational. I tried to tell him I didn’t want him to do it, but he told me to mind my own business or “I knew what would happen.” Then one night, I was bored. He’d thrown the TV across the room a few days ago over an argument about which channel to watch and I just couldn’t get into the book I was trying to read. I suggested going for a walk along the seafront but he didn’t want to.

I thought for a moment. Surely it wouldn’t hurt to see what it was like. So, I smoked a little, just a tiny bit, and for the rest of the night nothing mattered. It was like being wrapped up in a big fluffy blanket where no-one could hurt me. It didn’t matter that the man I loved hurt me physically, mentally and emotionally. It didn’t matter that at the age of 19, I was a drudge, that I spent all my time cooking and cleaning and never went out with my friends. It didn’t make me happy, it would be many years before I knew what happiness felt like again, but for a little while I was content. Life was still shit, but hey who cares, right? And I wouldn’t have any tomorrow. This was just a ‘one-off’.

Fast-forward four years. We were living in a squat with no running water and electricity. We slept on a mattress that had been in there when we found the place. The thought makes my skin crawl now but junkies aren’t fussy. They say you have to hit rock bottom, don’t they? The only thing we hadn’t done was inject.

Then one night he went out and didn’t come home. Two days later, I learned from a friend that he had been arrested and in custody. He had written to her rather than me because the squat didn’t have a front door to put mail through.

“Come and live at mine,” she said. “I wouldn’t see a dog living like this. But you have to get off heroin if you do.”

I shrugged my shoulders noncommittally. Heroin was the only thing that kept me sane! It was my best friend. I couldn’t remember what life was like without it.

I hadn’t eaten for three days so I went to my dad’s to scrounge a meal. As soon as he opened the door, he asked me what had happened to my brother’s camera. We had stayed at my mum’s for a few days and when we left so did my brother’s camera. My brother just turned 18, a huge photography buff. That camera was his pride and joy. The hardest thing was convincing my dad that I hadn’t had anything to do with it. I adored my dad and the thought of him thinking I would steal from my own family just about killed me.

When I left, I knew one thing for sure. The relationship was over. Through all the years of abuse, the bullying and the beatings, I had never felt anger towards him. Fear yes, but anger never. I guess maybe I thought I deserved everything I got. But now, he had hurt my family and I was filled with a cold rage. I had never hit him back, too scared to, but if I’d seen him at that moment…

On my way back, I was starting to withdraw from the last bit of heroin I had used that morning, then I saw a guy who owed me five pounds and I went up to him and asked him for it.

I didn’t fancy waiting around in the squat, maybe if I roamed the streets, I could get someone to share a bit of gear with me.

“Where do you want me to leave it then?” he asked me.

I thought for a moment. “In the back bedroom, there’s a big tear in the wallpaper,” I said. “Tuck it in there.”

After a couple of hours fruitlessly walking the streets, I went back to the squat. I must have known deep down in my rational mind that there’d be nothing there. Everyone knew my man was locked up. Why would this guy keep his word and bring me some gear round? Still, I had a blind optimism that surely…surely if I wished hard enough there would be a little bag of precious brown powder waiting for me.

I didn’t often cry, life had made me hard, but now I sank to my knees in wallpaper and began to weep. At that moment, it was as if I could see myself from a distance and really became aware of what I had allowed myself to become. I had a clear image of myself at age 16 leaving school with 6 good GCEs, rosy cheeked and excited for what the future might hold. How had I ended up like this? I weighed six stone, had bad skin, dressed like a tramp. This had to end and it had to end now.

I stood up and went back into the room where I slept. All my worldly possessions were in a bin-bag. I picked it up, threw it over my shoulder and set off for my friend’s house. It was a four-mile walk and I had to cross the docks, not the safest place for a young woman late at night, but I didn’t let that bother me. I was on a mission!

I arrived at her house at 2am and threw stones up at her bedroom window to wake her. When she blearily stuck her head out of the window, I said two words. “I’m ready.”

That was on September 15th, 1986 (An addict never forgets the day they got clean) and I always take a moment on that day to reflect on how far I have come.

And him? He moved to London where he started injecting. In 1990 he died of an overdose. Can you believe I actually cried two days solid for him?

I’m now married to the most wonderful man who swore to me when I told him my past that he would never make me cry and he never has. I work for a substance misuse charity, supporting people who are addicted to drugs and/or alcohol and helping them to get their lives back. I also run groups for women who are or who have been in abusive relationships, helping them to see that what happened to them wasn’t their fault, that they are beautiful and deserving of love. When I see people recovering from their past and finally fulfilling their potential, I wonder if perhaps it was a good thing that I went through what I did, that it wasn’t all for nothing.

Thirty-six years ago, a 32-year-old journalist wrote an award-winning series of articles about the trauma of her treatment for ovarian cancer, complete with photos of her nearly bald post-chemotherapy head and the wigs she used to replace her lost hair. Her job gave her an outlet – and an excuse – for expressing her feelings about coping with a life-threatening disease.

Since then, considerable research has been done on the power of so-called expressive writing to lessen the sting of emotional trauma. Enter JamBios, an online journaling website that lends a helpful hand to those who have gone through painful life experiences and use writing as a form of therapy.