Summiting the Peak of Recovery

Posted on October 17, 2019 by Sonia Buchanan in Slider, Treatment 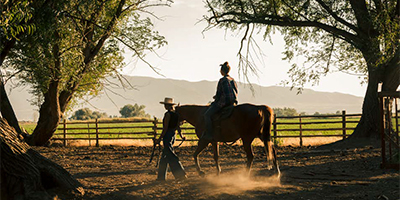 Ascend Recovery is on a mission to help clients reach lifelong sobriety.

Death can often be a motivator. It certainly was for Ryan Salter, who, after watching a good friend pass away after a long battle with addiction, knew there had to be a better solution to this battle. “There were a lot of issues surrounding his addiction, such as the need for accountability,” Salter says. “It made me see how the system in which substance abuse care is delivered wasn’t effective — at least in his case.”

That realization led to the start of Ascend Recovery, a drug and alcohol rehabilitation center in American Fork, Utah, that’s specifically designed to help clients move through a system of levels of care. The goal is to start clients in a residential treatment environment and eventually move them back to living their own independent lives. Yet the method of doing that isn’t just working toward graduating the program but instead helping them restructure their lives so that they can maintain sober living. That’s something Salter found was lacking in traditional substance abuse care. “To me, graduation from the program is not a sufficient goal in order to achieve long-term sobriety,” Salter says. “I think there’s a big difference between rehab and recovery. Rehab is maybe the necessary first step in the recovery process — necessary for most people — but I think it’s altogether different to be in recovery versus graduating rehab.”

That’s why Salter wanted Ascend Recovery to focus not on being in recovery but on getting a year sober. So, when he started the program in 2008, that became the first benchmark goal for clients to meet. That approach, for Salter, is being more attentive to actually treating addiction as a chronic disease. “I feel like across the country we do a pretty good job of convincing people that addiction is a chronic disease, but the typical treatment model is really an acute care model,” he says. “If addiction is a chronic disease, the step-down levels of care should reflect that. That’s what we’re set up to do at Ascend Recovery.”

The treatment program starts clients off in the residential level of care, where they are fully immersed in a clinically rigorous program and have the greatest level of structure. They participate in relational-based individual and group therapy as well as experiential therapies. Throughout this phase of care, Ascend Recovery focuses specifically on the therapeutic alliance, which Salter believes is critical in patient care. “It’s an important factor in predicting the success of a patient’s care,” he says. “I think one problem with care, in general, has been that people have focused on models of care rather than what kind of relationship is being constructed between the therapist and the patient. We focus on it and make it very important so that the patient knows the therapist really cares about them and cares about their work and the quality of their work enough to push them therapeutically in the direction they need.”

After the first phase of care is completed — which, for most clients but not all, is about 60 days — clients move on to the second phase, which was designed by Salter to provide clients with transitional care. Salter knows that it’s often extremely difficult for young adults to learn the skills needed to reintegrate into society with a sober lifestyle. Thus, this phase is set up so that the skills clients learned in residential treatment stay intact as they move from the highly structured Lake House facility in phase one to Montgomery, a different on-site facility, in phase two. Also during this second phase, clients learn more necessary reintegration skills and get help with outpatient services, such as finding a job or getting ready to go back to school, finding an Alcohol Anonymous community, and getting set up with outpatient psychiatrists. From there, clients move onto phase three at Riley House, which is the sober living level of care. In phase three, essentially all that changes for patients is where they sleep, as they have already been moved into the outpatient care model. “By the time they are in phase three, they already have their home group, have been employed and working a few weeks or are back in school, and already have outpatient therapy going,” Salter says. “During that third level of care, we keep the Ascend umbrella over them, and their job is to maintain what they have built for themselves in phase two.”

That step-down care, Salter feels, is what helps clients avoid relapse, as the pressure to get back to “everyday living” is gone. That’s the big difference he set out to create with Ascend. “Most relapses are typically tied back to a stress response in the brain,” he says. “If we throw people from residential treatment right onto the street or right into a strange sober living where they don’t know anybody, the treatment model itself will accentuate the stress of that person and increase the chance of relapse. Our model focuses on giving clients the appropriate stress in slow, measured ways so that it doesn’t overwhelm them.”

Another significant focus of the staff at Ascend Recovery is clients hitting that one year of sober living. That’s why even after clients finish phase three they still attend therapy and receive drug tests until they reach the one-year mark. Making that easy is the fact that many clients choose to stay nearby in Utah. In fact, according to Salter, more than 50 percent of Ascend clients relocate to Utah for at least six months to a few years after treatment. “We certainly do work with a number of patients who decide to return home for whatever reason, and we set up our services the best we can using localized resources for wherever they are returning,” Salter says. “But in many cases, our typical client has been through an average of three residential programs before they come to Ascend, so they are looking to make more substantial changes to what they are doing to hopefully produce a better result in regard to their sobriety. So, in many cases, they come here and build a sober community out here and decide to stay.” 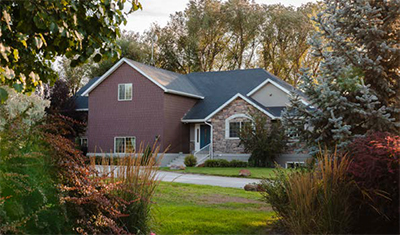 And because Ascend Recovery is focused on helping clients maintain sober living instead of just graduating after a year, they also offer continuing care through its alumni program, which allows clients to come back for therapeutic support groups, aftercare and recreational activities for life. They also get phone calls from program staff once a week for the first month after they leave and then monthly calls for one year. “The last call they get from us is at a year and a half of sobriety,” says Mallie Tucker, who serves as the alumni director and is the one who makes many — if not most — of those phone calls. “That’s one of the many reasons why I love my job. Clients know they have a whole support team that they can call on when they need it, even if it’s years after they leave here. I’m so grateful to work for a place where we give clients a high five at residential graduation, but we aren’t saying goodbye. We will stick with them through the hard stuff.”

Seeing clients work through the program and successfully reach sober living outside of the program is a rewarding experience for Tucker, Salter and the rest of the Ascend Recovery staff. But what really drives them is when clients leverage their sobriety to pursue the life they’ve always wanted. “That really goes to why I called it Ascend in the first place,” Salter says. “People sometimes will say they just want to have their old self back, and I say you really want to be a new version of yourself — an ascended version.  So yes, one year of sober living is great, but the real gratifying feeling is watching clients go out and live their life in a way where you can see they are happy with themselves and what their lives look like.”