Posted on November 1, 2018 by Sonia Buchanan in Slider, Treatment 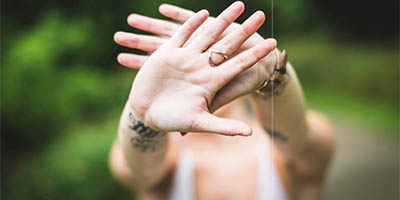 Before getting into the role of family members in recovery, I wanted to paint a quick picture of a person who is struggling with an eating disorder as a precursor to the vicious cycle that often plays out in the family dynamic.

What we know about our eating disorder patients from our temperament testing and neurofeedback assessments that we conduct at The Meadows Ranch is many of them are experiencing similar issues regardless of the type of eating disorder they have: high sensitivity, high anxiety, exhaustion, intrusive thoughts, feelings of being tense, feelings of immense shame, negative self-talk, and mood dysregulation.

Caretakers — the term we use for the husband, partner, grandparents or parents of a patient who is in a treatment center — have told me many times they feel that it is as if they are walking on eggshells around their loved ones and whatever they try seems to make the eating disorder worse, not better.

When the person they love is struggling with an eating disorder, most of the caretakers’ initial or default response is to fix or correct the problem.

Think about if someone you loved was doing something that could be fatal or extremely harmful to their well-being. What would your approach be? What I have witnessed firsthand is that most of the caretakers want to make it better. They take the fix-it approach or what I like to say is the Nike approach and just do it.

Even though they may be well-intentioned, what they fail to realize is that all these approaches are actually creating the opposite behavior they are hoping for. Their approach drives their loved one into more of the disordered eating behaviors, thoughts and feelings.

This is where the vicious cycle begins and where frustration, anger, despair and complete not knowing what to do starts setting in. This vicious cycle becomes the ever-popular blame game.

When the loved one engages in an eating disorder behavior, the caretaker begins to have thoughts and feelings toward that person. Some of those feelings might be fear, anxiety, frustration, anger, resentment and desperation. Some of the thoughts might be: Here we go again. Can’t they just stop? This doesn’t make sense. She is out of control. I need to fix this. She is going to die if I don’t do something. That list could go on as well.

These thoughts and feelings create a certain perception or belief and the caretaker will act based on the perceptions they have. Some of the actions that I have seen are lecturing, yelling, physically making them eat, controlling them, nagging them, commenting on their food or body, going into fix-it mode, and crying.

Once the caretaker is engaging in these behaviors, what thoughts and feelings does the loved one have toward them? What they have told me is they feel that nobody gets it, they do not feel understood, they do not care, they are a problem to be solved more than a person to be loved, they are a bad person, they are a burden. Then comes this overwhelming feeling of shame.

The answer is a resounding: It will increase it.

THE IRRATIONALITY OF THE BLAME GAME

As those behaviors increase, the caretaker will continue to have the same perceptions as before and engage in the same reactive way as before. The loved one, in turn, will see the caretaker in the same way and feel justified in continuing in their eating disorder. It becomes a death spiral in the relationship with no end in sight.

This cycle will perpetuate itself because each person gets exactly what he or she is looking for to keep it going — justification.

Here is an example of what I have seen play out repeatedly: If the loved one is engaging in their eating disorder, the caretaker will feel justified in the actions and perceptions they are choosing. And vice versa. If the caretaker is engaging in their behaviors toward the loved one, the loved one will feel justified in continuing with the eating disorder behaviors. Thus, the two of them make this situation even uglier.

I have seen this cycle continue for years, sometimes decades. The longer a relationship has been in it, the harder it is for them to step out because the pattern has become what they are used to. This pattern is very predictable. We, as humans, are good with things that are familiar and predictable. Even though we may not like it and it causes us pain, we will stay in it because we know it. It is familiar. 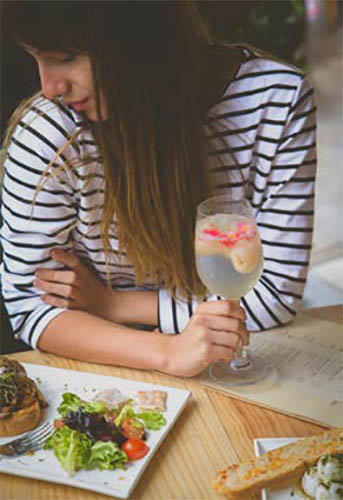 HOW TO STOP PLAYING THE BLAME GAME

Once the families recognize the insanity that is playing out right before their eyes, the question becomes: What do they do about it?

That question changes the perception of the behavior. Once perception is changed, thoughts, feelings and actions will change. They will go from accusing and blaming thoughts to thoughts and feelings of care and concern.

THE POWER OF PERCEPTION

The following is a true story that I believe illustrates the power of perception and how, when our perceptions change and become more accurate to the truth of the situation, our thoughts, feelings and actions automatically flow.

Some time ago while visiting Australia, I traveled to a beautiful horseshoe bay renowned for its surfing. As I walked along the beach, I was enthralled by the magnificence of the large crashing waves breaking just outside the bay and the smaller waves rolling in closer to shore. As I continued my stroll, I encountered a group of American surfers. They were obviously upset about something, talking loudly and gesturing toward the sea. When I asked them what was wrong, they pointed to just outside the bay where the big waves were breaking.

“Look out there,” one of them angrily told me. “Can you see the barrier?”

Looking more closely now, I could indeed see a barrier stretching across the entire mouth of the bay, right where the large, enticing waves were breaking. The barrier appeared to be made of a heavy mesh and was supported by floats on top of the water. According to the surfers, it dropped all the way down to the ocean floor.

The American surfer continued: “We are here on a once-in-a-lifetime trip to surf these big waves. We can surf the smaller ones breaking within the bay itself, but the barrier makes it impossible for us to surf the big ones. We have no idea why the barrier is there. All we know is that it has totally spoiled our trip.”

As the American surfers became more animated, my attention was drawn to another nearby surfer — an older man, obviously a local.

He seemed to be growing impatient as he listened to the ever-increasing complaints about the barrier. Finally, he rose and walked over to the group. Without saying anything, he pulled a pair of binoculars from his backpack and handed them to one of the surfers, pointing out toward the barrier.

Each of the surfers looked through the binoculars. When my turn came, with the help of magnification, I could see something that I had not been able to see before — dorsal fins. Large sharks were feeding near the reef on the other side of the barrier.

The group quickly became subdued. The old surfer retrieved his binoculars and turned to walk away. As he did, he said words I will never forget: “Don’t be too critical of the barrier. It’s the only thing that’s keeping you from being devoured.”

As we stood on that beautiful beach, our perspective had suddenly changed. A barrier that had seemed rigid and restrictive — that had seemed to curtail the fun and excitement of riding the really big waves — had become something very different. With our new understanding of the danger that lurked just below the surface, the barrier now offered protection, safety and peace.

The role of family members is not to fix or stop the behavior. The role is that of support.

Many times, we have to “fire” them from their previous roles of food police, the Nike CEO of “Just do it,” the enabler, Mr. and Mrs. Fix it, and the many other roles they have engaged in that make the eating disorder worse. That is key to helping family members understand their role in the recovery process.

My experience is that perception is driving thoughts, feelings and actions. If I can help them change that and see things in a different light, they start to understand their role, accept it, and learn tools and skills to become a better supporter in the struggle that is recovery.

Mike Gurr is the executive director at the Remuda Ranch at The Meadows, an eating disorder facility that is part of The Meadows Behavioral Healthcare.