Sober Tailgating is a Game Changer 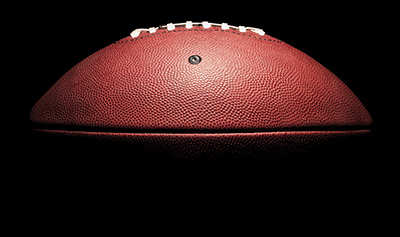 Louisiana State University is serious about football. The Baton Rouge-based school recently expanded its stadium from 92,000 to 102,000 seats. The Tiger fans are capable of literally shaking the earth with their enthusiasm; no, really, the crowd at a winning goal of an LSU game in 1998 registered as a small earthquake in a campus seismic lab! 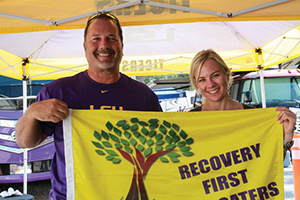 Like all schools with a big football program, pre-game is as serious a ritual as the game itself; people come early and party hard. That can leave students who are in recovery out of the game. Now, thanks to a group called Recovery First Tailgaters, students at LSU and several other schools can enjoy being part of the college football experience while protecting and enjoying their recovery. Even better, Recovery First Tailgaters has made it simple and free for anyone to create a sober tailgating event at his or her own school. More on that later.

Dwayne Beason grew up on LSU football and all that entails, including the tailgating tradition. His family would drive to Baton Rouge and spend the whole weekend celebrating the game. Besides loving football, Dwayne took to the partying aspect of tailgating in a big way. That didn’t work out so well, and he ended up in treatment at St. Christopher’s Addiction Wellness Center in Baton Rouge in 1988.

When he got out, he was inspired to find a new way to carry that tradition forward, without the mood-altering chemicals. So he started going to games with a cooler full of water and a sign that said, “Friends of Bill W. Welcome.” Out of respect for the traditions of twelve-step groups, he did no promotion other than the sign—he just waited to see if people would find him. They did. He started bringing more water, more food for the grill and connecting with more people as it continued to grow. Home games, away games, other colleges and universities, and then the phone started to ring with people wanting to learn more and do it themselves.

In 2012, as the attitude toward recovery being completely anonymous was shifting, Dwayne decided to give the sober tailgating concept a name that was in no way affiliated with the twelve steps and get the word out on a larger scale. He named the group Recovery First Tailgaters because it’s recovery before rivalry. The group put the word out on Facebook and other social media, and at the last game of the season, LSU versus Alabama, more than 250 people came by the tent. Since that time, it’s only gotten bigger.

Recovery First Tailgaters has graduated from that small sign to flying a flag on a thirty-five-foot pole, so people can easily find them. Dwayne says he’s in the market now for a hot air balloon, so he can fly the flag even higher. With over 100,000 people at an LSU game, it’s important that people can see the flag. Dwayne hopes that people will start to see that flag at events all over the country.