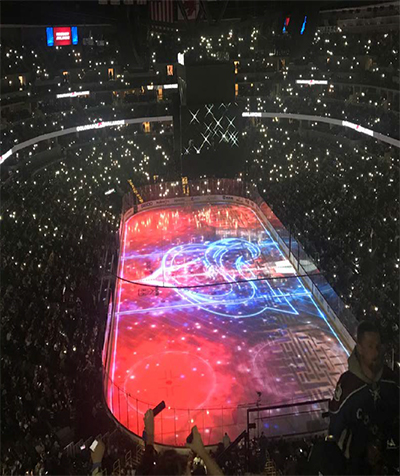 Sober AF Entertainment knows what it means to create fun for those in recovery and those who appreciate a sober lifestyle.

Duke Rumely is the kind of man who gets things done. He doesn’t waste time, and he networks like crazy. After his oldest daughter called him about a year ago from a concert at Red Rocks Amphitheater in Morrison, Colorado, because her friends were too high to drive and she wanted to Uber home, he saw an opportunity for sober entertainment. He immediately began working on what has become S.AF.E, aka Sober AF Entertainment. “We say the AF is for Alternative Fun or Alcohol-Free,” he explains. He also shares that he has been in recovery for 29 years — since he was 21.

“I had a super intense experience with alcohol at 15/16; it rewired my brain,” he says. “No matter how many times I said I wasn’t going to drink, I would do it. Didn’t stop at two drinks. Couldn’t regulate it.”

He was a follower of the Grateful Dead, and when he first got sober, he still attended shows in part because he found a sober group inside the shows. The Wharf Rats occupied a table, identified by yellow balloons, and held a meeting at intermission. Rumely appreciated the group’s support; it allowed him to attend Dead shows while remaining true to his sobriety. That personal experience coupled with the phone call from his daughter got him thinking “that it’s ridiculous that there’s no secondary culture for kids. There’s only the party culture,” he says. “If you go to a football game, it’s beer pong in the parking lot. Not that it’s bad, but it would be nice if there was something else.” So, he got to work.

In S.AF.E’s first nine months, he and his daughter (who is not in need of or in recovery but believes in the importance of sober entertainment) organized 35 events, including sporting events and concerts. They inaugurated their idea on June 1, 2018, at a Bassnectar show. Discounted tickets, tailgates, organizing and sometimes simply volunteering at sober safe zones followed at Colorado Avalanche games, the Nebraska Cornhuskers vs. the Michigan Wolverines, the Grandoozy music festival, and other leisure events from California to Rhode Island.

The idea for their nonprofit was simple at first; they met with major event organizers to request discounted tickets and a sober section. It worked. For a Colorado Rockies game, S.AF.E sold 190 tickets in one week and worked with Phoenix Multisport, a sober gym, to organize a tailgate in its parking lot about five blocks from Coors Field beforehand. According to Dominic Ciani, who attended the event and is in recovery from opioid addiction, about 100 people showed up for the tailgate.

“It was like a family reunion,” he says. “For me having been around the recovery fellowship for such a long time, I’ve gotten to know a lot of people to the point that I don’t really have many friends who do use. That was the best thing for me. Just walking around, I was surprised at how many people I had known years and years back that had come to it.”

Ciani brought several guys with him, most new to recovery. Admittedly, he says, social situations can be hard for people in early recovery, but the tailgate and game erased some of the awkwardness and helped facilitate conversation.

“It was cool just to see them get out and talk to people and build their own community,” he says. “People were really genuine. A lot of people in longer-term recovery know the importance of reaching out to the newcomer and talking to them and getting them involved and active with the fellowship in the group. That really shined through. There wasn’t that uncomfortable stranger in a crowded room [feeling]. That was one of the things we talked about on the way back, and [the guys] appreciated it.

“People didn’t care about the event as much as being there with other people in recovery and being able to socialize and have fun,” Ciani adds. Going places with friends in recovery makes a difference, he explains. “That’s sort of your safety net of being in those types of situations. Even though you don’t know some of the people, you have that common ground.”

That sense of safety and community is exactly what Rumely hopes S.AF.E facilitates. “I didn’t want to be the only sober guy inside a Grateful Dead show, and that’s what it felt like at first until I found the Wharf Rats.” Finding them helped him still be himself, “just 10 percent different,” he says.

Not everyone wants to party or be around the “drunk guy,” he says, so creating an alternative within existing leisure and entertainment options is important. He emphasizes that S.AF.E is not solely for people in recovery — the events are open to people under age 21, to the “sober curious, to anyone willing to be sober for three hours,” to people who have aged out of heavy drinking or who have had a bad experience while drinking, yet the recovery community remains the focus. 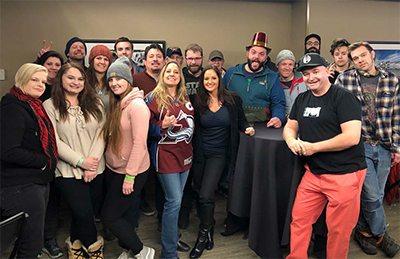 “SAMHSA reported that there are 24 million people in recovery from drug or alcohol abuse,” he explains. And the number of deaths from drug abuse is rising. In fact, he points out, more people — 72,000 — died in 2017 from drug abuse than car crashes, suicide and gun violence combined. ”Somebody has got to do something,” he says earnestly. To honor and raise awareness of those 72,000, S.AF.E wants to promote 72 sober tailgates in September. Rumely recognizes that S.AF.E is evolving; when he says promotes, he means partnering with other organizations — treatment centers, collegiate recovery communities (CRCs) and major event sponsors — to bring a significant sober experience to concerts, baseball games, basketball games, football games and tailgates. He envisions S.AF.E’s website as a landing page where those seeking sober entertainment opportunities can find information.

He also sees S.AF.E as a partner to help smaller CRCs grow by offering sober tailgates and encouraging attendance at sober events. To that end, Rumely is collaborating with Tailgate Guys, a business that helps groups ease tailgating setup, maintenance and teardown, to organize sober tailgates with 15 to 20 universities this year from Arizona State University to University of Georgia and Penn State to UCLA and many others geographically in between. He hopes treatment centers will come on board financially to give their current clients and alumni a sober outlet for fun. It’s got to be collaborative; he emphasizes.

“The only thing that’s going to defeat addiction is love, so we all need to work together with love.” In addition to aggregating sober events on the website, organizing tailgates, and continued efforts to secure discounted tickets and sober sections, Rumely anticipates developing a do-it-yourself sober tailgate component. He says he is in the process of redeveloping the website to accommodate that program, which will include ideas for policies and procedures, sending yellow balloons, and educating organizers about how to prevent non-sober people from crashing a sober section or asking alcohol vendors to not come through, for example.

Ideally, Rumely says, we want to build community. And for the events S.AF.E organizes, “we just want people to show up, have a good time, all sit together and feel safe.”