Home / Slider / A Power Greater Than Yourself

A Power Greater Than Yourself

Posted on August 18, 2015 by Sonia Buchanan in Slider, Spiritual, Uncategorized 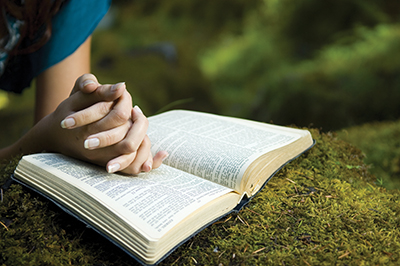 One woman’s recovery leads to spiritual connection with others.

“So long as I stayed clean and sober, I could trust that I was moving in the direction of becoming a healthier person—mentally, spiritually and physically,” says Sharon Dwyer, a resident of Lawrence, Kansas. She has been sober for 32 years and along the way become a licensed teacher of Unity, a spiritual community.

Being involved in a 12-step recovery program led Dwyer to gradually open herself up to exploring spirituality and eventually becoming a licensed spiritual teacher in her church, which she now has been doing for 25 years. She learned about Unity by chance when a year into her sobriety she discussed with a counselor her interest in finding a church home, which had been her anathema for years. Unity was mentioned, although the counselor had never attended himself. However, Dwyer, being a spiritual seeker because of her positive experiences in recovery, was willing to attend a service. She was open to exploring her spiritual side again, which had been a part of her youth.

“I continued to deepen my friendships with the people I was in recovery with; it was instrumental in changing my life,” Dwyer says. “I surrounded myself with people whose values were similar to my new values regarding sobriety, and gradually, spirituality.”

Dwyer was ready to accept the new teachings she was being exposed to as part of the recovery programming but knew if the message was too religious as opposed to spiritual, it would be too much for her. She was relieved that the literature was written in such a way that it wasn’t too religious for her, and she was able to accept, little by little, the fact that she would not be considered a bad person if she couldn’t accept spirituality or change all at once.

Reading about recovery and learning spiritual concepts and teachings fulfilled her desire to connect with people and to share the spiritual teachings she had been learning. “I began to recognize that my concept of higher power, or God, spoke to me through many sources: people, books, music, experiences,” Dwyer says.

Dwyer also began to recognize that her ego and physical self were not the sum total of her person, as she had come to believe. “I came to think of myself as a finite person with an easily bruised ego,” Dwyer says. “I began to identify myself as more than that and realize I had what could be called a higher power, or God, or the Great Reality from deep within (from the book, Alcoholics Anonymous). The Great Reality was one synonym for what people called God or the deity or the divine, and that was something that resonated with me.

“I opened myself to the idea that spirituality could be found within me and within other people who had the same intentions of sobriety and healthy living that I did,” Dwyer continues. “We were open to it in recovery. My drinking friends were not open to that.”

One of the positives of going through recovery is being embraced by a supportive community. Dwyer understood the crucial step of reaching out.