My life-saving recovery from alcoholism helps me battle debilitating depression 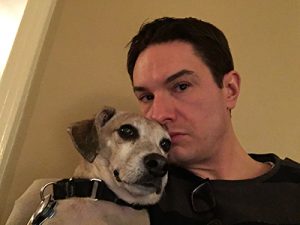 I have two diseases that want me dead.

One is addiction, a progressive, incurable and potentially fatal disease that presents as a physical compulsion and mental obsession. I am addicted to alcohol and, as an alcoholic, can never successfully drink again.

There is no cure, only ways of arresting the vicious cycle of binge, remorse and repeat that leads to ever-deeper bottoms. My alcoholism took me not only to unemployment but unemployability; not only selfishness but self-destruction; not only deteriorating health and heartache but abject desperation and insanity.

My other deadly illness is depression. By this, I mean clinical depression – a necessary distinction considering the widespread, ill-informed use of the phrase “I’m depressed” to describe mere sadness. The difference is that sadness is rational while depression decidedly is not. Depression is not an emotion; it is a chemical imbalance that leads to hopelessness and self-loathing and, for that reason, is the leading cause of suicide.

Mourning a loved one is understandable and altogether appropriate; that is sadness. Climbing to the roof of a six-story building and nearly jumping because I considered myself toxic and worthless, as I did in my mid-20s, is not normal and certainly not healthy; that is depression.

I will be an alcoholic and depressive for as long as I am alive. But while neither is curable, both are certainly treatable. And increasingly, I’m finding that my progress in recovering from one disease is paying substantial dividends in combatting the other.

I took my final drink on October 10, 2011, the last in a long line of cheap beer cans littering my car. Wherever I was going, I never got there; instead, I crashed into a taxi and kept driving. Police frown upon that. I spent the night in jail and the next six months sans license. I was in trouble physically, spiritually, and now legally, and I had finally experienced enough pain to seek salvation.

I got sober through Alcoholics Anonymous. There are several programs effective in arresting addiction; AA just happens to be the most prolific, and embodied the sort of group-centric empathy I needed during the precarious early stages of recovery. There are few things more alienating than being unable to stop doing something that you damn well know is destroying your life. Meeting consistently with others who’ve experienced this tragic uniqueness made me realize I wasn’t alone, and provided a glimmer of something that had long been extinguished: hope.

Unlike traditional ailments, addiction is largely a “takes one to help one” disease. I needed to know that others drank like me and had gone on to recover by following certain suggestions. AA provided both the road to recovery and, through those that had walked the path before me, the trail guides.

It isn’t rocket science. AA and other forms of group-centric recovery thrive on a few basic  tenets. I admitted I had a problem, and saw that others had solved that problem by adhering to certain instructions. I accepted that my addiction had been driven by certain personality flaws, and that active addiction had only exacerbated these shortcomings. I made concerted efforts to begin not only amending my actions through face-to-face apologies, but also diminishing the underlying character defects that had fueled my alcoholism.

In the process, I did not recover so much as reinvent myself. Eight years into my recovery, I am not the same person I was before becoming an alcoholic. I am better than that catastrophically damaged person.

Like no other illnesses, recovery from addiction can make sufferers weller than well. I am not 2005 Chris – pre-problem drinker Chris. I am Chris 2.0. Stronger, smarter, wiser.

This is an excerpt from an upcoming article in Recovery Campus Magazine. For more information Visit recoverycampus.com