Posted on October 17, 2016 by Sonia Buchanan in Lifestyle, Slider 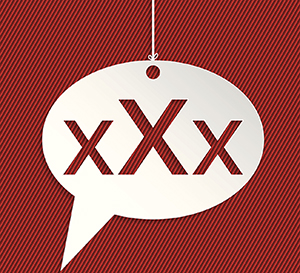 Creating a Culture of Awareness and Equality

“Do you wanna know what comes between me and my Calvins? Nothing.” If you were in college in the 1980s, you’d remember this famous tagline from the fashion brand Calvin Klein. The aim of the slogan for jeans was to be playful and suggestive, however, in the decade marked by leggings and Cindi Lauper workout videos, it came under fire for being too racy. Since then, if you thought it felt like American mainstream culture has accelerated faster and faster with its representations of sex and sexuality, researchers, educators and parents agree.

How has it moved at such a rapid pace? The obvious culprit is technology – mobile devices and tablets spewing out a constant stream of social media, apps and web pages. College students, in particular, have come of age with a mentality to constantly engage with cellphones. The rise of the internet has also coincided with an explosive growth in the pornography industry. And now that there is a cellphone on the hip of every student, pornography is easier than ever to access in almost any setting. In fact, a quick search online reveals that more than 28,000 people are viewing pornography every second, 80 percent of which are men.

It may be the content of this pornography that is creating a profound impact on the way college students and young adults view sex.

Last year, profits in the United States reached $14 billion from over 500 million websites and over 14,000 new titles released each year. And that’s just legal purchases and downloads. If we add in illegal peer-to-peer sharing, there are 1.5 billion pornographic downloads per month, which is 35 percent of all downloads on the internet in any given month. With a market so saturated, Dines’ research underscores pornography’s trends toward the extreme. Essentially, as the market has grown more competitive, producers look for new, edgy content to draw in users.

Not only are users drawn in with more extreme content, it begins at an early age. Research shows that “90 percent of 8-to-16-year-olds have viewed pornography online,” illustrating how accessible pornography is to children. Many of these children and teens who view pornography at a young age develop viewing habits that continue into adulthood. John Foubert, a leading researcher on the subject and a professor at Oklahoma State University, has studied college-age students and their consumption of pornography. His research shows pornography is most prevalent among men who are 18 to 25 years old. And their usage backs the research – over 80 percent of college-age men view pornography every year and nearly half view it weekly. These trends suggest college students have arrived at the intersection of the rise of pornography in the digital age.