Posted on May 3, 2016 by Sonia Buchanan in Uncategorized 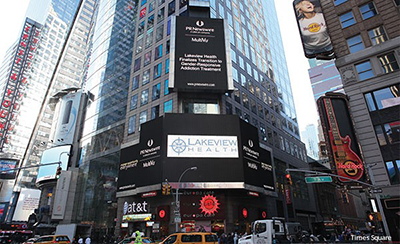 In preparation for the opening of its new Women’s Center later this spring, the Rose at Lakeview Health has announced that they will be focused on advancing the needs of women in recovery by addressing past trauma as a key component of the program. Instead of treating addiction now and dealing with trauma later, progress in recovery is achieved in conjunction with healing from the pain of trauma.

“The role of gender in addiction recovery is an important one,” stated Mandy Jack, clinical director. “The underlying issues that require concurrent treatment alongside addiction can often differ with each gender. Many women, for example, have experienced significant trauma that may be safer to process in women’s groups. Men may require more specialized work in communication and self-evaluation.”

In the past decade, surveys of women in recovery from substance use disorders have shown that emotional and physical trauma are significant contributing factors to addiction in women. Although numbers vary because of differences in the definition of trauma, most studies have found that between 70 and 90 percent of women in addiction treatment have experienced at least one significant traumatic event in their past, including abuse as a child, domestic abuse, and sexual assault.

Although this fact is widely recognized, many treatment providers still view trauma as of secondary importance. The usual approach is to insist that patients deal with the more immediate problem of substance abuse and postpone addressing trauma until a significant period of sobriety has been maintained. This is partially due to the traditional division between substance abuse treatment and mental health services. Counselors in substance abuse programs also worry that dividing the patient’s attention between two problems at once could slow progress toward sobriety. In addition, the treatment of post-traumatic disorders often involves the use of antidepressants and anxiolytics, which is contrary to abstinence-based recovery programs.

Given that trauma is so frequently associated with substance use disorders in women, many experts have begun to question an approach that addresses one while ignoring the other. If trauma is a factor that leads women into addiction—as a way of numbing the emotional pain—then treating addiction without taking trauma into account could be counter-productive. It would be like treating the symptoms of a disease without doing anything about the disease itself.

The Rose of Lakeview Health was functionally and clinically designed to create a safe space for women to address past trauma. The new, 54-bed facility is completely gender separate, providing an environment where women can discuss their emotional pain openly with other women. And, because women’s trauma is so frequently caused by male aggressors, the gender separation protects them from triggers that could hinder their recovery.

For example, a woman who has been abused by a man with brown hair can suffer from heightened anxiety and fear in the presence of other men with brown hair. Hypervigilance is a frequent defense mechanism in women who have experienced trauma, so the Rose of Lakeview Health Women’s Center is designed to give them a place where they can lower their guard and begin to address the emotional pain caused by trauma. This, in turn, can help their progress in recovery.