Our Lady of the Lake University Center for Students in Recovery

Posted on March 7, 2020 by Sonia Buchanan in Slider, Treatment 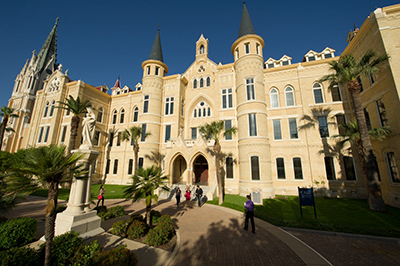 It wasn’t supposed to work this way.

One morning in the summer of 1995, Lydia Hamner sat in her counsellor’s office on the campus of Texas Woman’s University in Denton, Texas, and finally admitted she had a problem. She was an addict. It was a big step. The hardest, they say.

Later that same day she was arrested—possession with intent to distribute. The two events weren’t related, though you couldn’t blame her if it felt that way. No good deed and all that.

She served 118 days in prison and emerged with a new determination to do things differently, to stay sober and get her degree.

“There was no support system,” she recalls. She didn’t know any other students in recovery, no one struggling with the things she struggled with, no one who really understood. It was just her, her addiction, and a campus full of temptation. She felt alone. 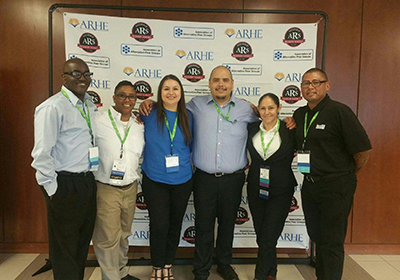 What followed was a familiar cycle: increasingly heavy drug use, periods of abstinence, and relapse. Rinse, repeat.

It all came to a head in the spring of 2015, when Lydia got severely ill. She had taken some bad drugs and was bedridden for days. Eventually, she emerged once again determined to do things differently, to stay sober and get her degree.

The difference this time? She wasn’t on a college campus, which may have helped. But for Lydia it was all about her faith, what she calls Divine Providence. “Feeding my spirit is what got me sober,” she says.

Lydia has been sober since April fools day, 2015, a delightful irony that’s no joke. Two years later in the summer of 2017—nearly 20 years after dropping out of TWU—she earned her bachelor’s degree online. That fall she enrolled in graduate school at a small, mostly-Hispanic Catholic school in her hometown of San Antonio just as the school was doing something new and exciting, something for students like her.

Close to Her Heart

Our Lady of the Lake University (OLLU) was founded by nuns who lived their lives in service to the sick and the needy, a commitment they enshrined in the school’s mission, which was grounded in the Catholic doctrine of social justice. That commitment in 1945 led the university to open the first school of social work in the State of Texas, the Worden School of Social Service, and in 2017 led them to become one of the first Catholic colleges in the U.S. to establish a collegiate recovery program. 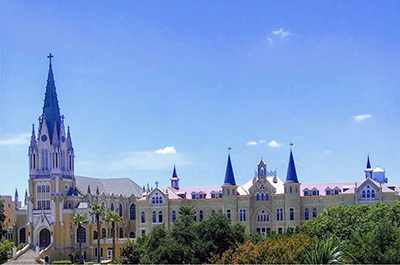 The roots of Our Lady of the Lake University Center for Students in Recovery (CSR) can be traced to 2015, when the university received a grant to implement Screening, Brief Intervention and Referral to Treatment (SBIRT) training in the Worden School curriculum. (SBIRT is an approach to intervention and treatment of substance use disorders.) The new curricula led to a new focus on substance use on campus and more open communication about addiction. And in September 2016, the University celebrated National Recovery Month for the first time.

Around that same time, Dr. Rebecca Gomez, at the time the director of the Master of Social Work program, had begun identifying a need. “There were students applying to my program who were in recovery,” she says, “and who were anxious about reengaging in higher education and how they were going to maintain their recovery.” A topic close to the professor’s heart.

In a previous life, Gomez had spent fifteen years as a clinical social worker specializing in child welfare and working with those struggling with addiction. She knew the special challenges facing those in recovery who dare to venture back into college life. But she also knew the payoff. “As a clinical social worker you work one-on-one with people,” she says. “And you see the transformation that comes with recovery.”

At the time, many of the large, public institutions in Texas—Schools like Texas Tech and UT San Antonio—were embracing the collegiate recovery movement. Gomez became convinced smaller schools had a role to play as well. For her it was a social justice issue. “Students in recovery should have access to a wide variety of educational options,” she says, “and be able to pick [a school] that really fits them well and also feel supported.”

Starting a program at OLLU meant first getting approval from the Board of Trustees, which meant demonstrating a need. And Gomez knew just the person for the job: Dr. Karina Gil. A Worden School colleague with a background in political social work, Gil would do the research, collect the data and write a proposal laying out their case. 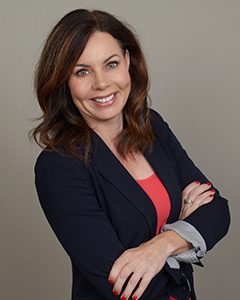 Published research supports the common perception that alcohol and drug use by college students is, well, common. But to shed light on the situation at OLLU specifically, Gil tailored a portion of the University’s annual Health and Wellness Survey to substance use issues among their student body.

As expected, the results indicated that a significant number of OLLU students struggle with substance use and addiction. Over 65 percent of respondents indicated that it would be helpful to have a Collegiate Recovery Community, with peer support (64.7%), education and outreach (60.9%), and online support (59.2%) topping the list of services students would most like to see offered. In addition to statistical data, the survey allowed for written responses, which would prove particularly useful.

From her research and the survey, Gil wrote a proposal which Gomez presented to the Board. The response was overwhelmingly positive. The written survey responses made a powerful impression, cutting right to the heart of the issue and echoing themes from the university’s own mission statement. When it was over, Gomez and Gil had a green light, a small budget, and big plans. All they needed were students.

Lydia Hamner was two-and-a-half years sober and in her first month of graduate school, when she received a campus-wide invitation from Dr. Gil to attend OLLU’s second Recovery Month celebration. It was all very intriguing. And based on her previous experience, quite unexpected. “I was surprised to even see something like that on campus,” she says.

Following the presentation, Dr. Gil invited everyone to a kick-off meeting for a new organization. Lydia couldn’t believe her ears. They were creating the support system she never had. And she was there to help.

There were five students at that first meeting. Not a lot, but enough. Lydia was the only non-social work student and the only non-12 Stepper. She was different. But they were all the same. Together they became the foundation of everything that followed.

The OLLU Center for Students in Recovery was always intended to be student-led. Dr. Gil was the first faculty advisor and Dr. Gomez has always been there. But from the beginning it was the students who were driving the bus. Gil and Gomez made sure of it.

“Those initial students who stepped forward, built things,” Gomez emphasizes. “They didn’t just show up and go to a meeting. They built things, they did outreach, they identified needs. And they continue to.” And that’s made all the difference.

These days, Lydia stays very busy as she becomes even more involved in the collegiate recovery movement at a national level. In addition to serving as her CSR’s Communications Coordinator, she’s working with SAFE Project (Stop the Addiction Fatalities Epidemic), a non-profit based in Washington, D.C., and was recently inducted into the organization’s inaugural Collegiate Recovery Leadership Academy.

When Gloria Urrabazo, the University’s Vice President for Mission and Ministry, asked her to read the invocation prayer at her upcoming PhD commencement—according to Lydia, “the biggest honor I could ever imagine!”—Urrabazo told her that the nuns who started this school made it for people like her.

Of course, the same can be said of the CSR, which in its second year nearly doubled in size. To nine. Nine students getting the encouragement and support they need. Which, if you think about it, is pretty big.

And just the way this is supposed to work.

Responses from students when asked why Our Lady of the Lake University should have a Center for Students in Recovery:

“Because the university was founded on helping everyone that needs it.”

“Because life shouldn’t be put on hold for addiction to drugs or alcohol.”

“Because you never really know if someone is suffering from that.”

Tagged addiction, Our Lady of the Lake University, recovery, Students in recovery