Home / Testimonials / I Wrote a Book

I Wrote a Book

Posted on April 6, 2017 by Sonia Buchanan in Testimonials

I Wrote a BookTo be honest with you, it wasn’t my idea to write a memoir about my drinking problem. For starters, I didn’t think my life story was “crazy” enough. I’ve heard many people’s tales of recovery and their lives seem way more dramatic and interesting than mine. Sometimes I’ll trick myself into thinking that I should drink again, you know like I should really go out in the world, get hammered, cause a huge s**t storm in my life and other people’s lives, then get sober again and be like HEY EVERYONE, LISTEN TO MY CRAZY STORY. IT’S CRAZIER THAN THE ONE I HAD BEFORE. 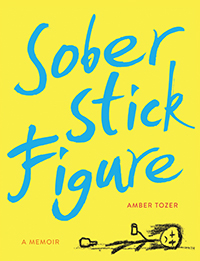 But, I know that’s ridiculous, so I will just stay sober and keep my s**t together. So, yes – it wasn’t my idea – it was my agent’s idea. We thought a funny book about sobriety would find a happy home in the world, and after we brainstormed a bit, we began to wonder if I should illustrate it. I joked that I could barely draw a stick figure and he came up with the title Sober Stick Figure. We wanted it to be like Diary of a Wimpy Kid for adults.

So, I started to write it and draw it! I was a little nervous because I remembered when I couldn’t stop drinking and how I read a few alcoholic memoirs and how much they meant to me. I wanted to have that same effect on people, to give them a better understanding of alcoholism and to let them know it’s VERY possible to stop drinking. But, I also know that I’m not an expert on anything, so I just focused on my story.

Writing Sober Stick Figure was an incredible experience, and I feel extremely fortunate to have had this opportunity. I’ve received many wonderful and powerful messages from people who have read the book – mostly from those who are either struggling with alcohol and drugs or know of someone who is an addict. My hope is that people take away a new outlook on alcoholism and maybe laugh along the way.

Buy the book at Amazon.com, Barnes and Noble, Walmart, Target and many other outlets.