Home / Featured / How I Learned to Save Myself

How I Learned to Save Myself

Posted on March 29, 2019 by Sonia Buchanan in Featured, News 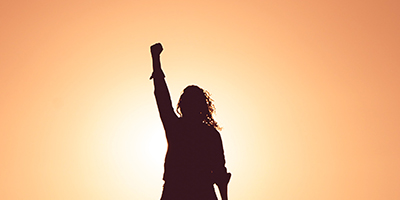 I met with an astrologer a few weeks ago and had my chart read for the first time.

Although I’ve had soul plans done, my cards read and I’ve worked with clairvoyants, never before have I had such an experience where everything for once made perfect sense.

She told me one of my life obstacles (or assignments, if you will) was to move from being a victim to one who saves others. She asked me if this felt right. Had I been or was I still a victim? I thought about it for a minute, trying to get a feel of where I am today, when she asked the magic question.

“Are you still waiting to be saved by someone?”

The “No” was so big and visceral, I recoiled.

“No. No, I am not waiting to be saved by someone.”

I know for a fact that I will fix me. I know this because I used to know the opposite.

I used to have a habit of finding the most powerful, promiscuous man in the room and falling for him. I did this throughout my 20s and early 30s. In 2010, fresh from heartbreak from the last man I was sure would save me, I found myself drunk at an event with my archetype. He asked me why we never dated, I told him he knew why, and somewhere between those words and the next morning I had a first-class ticket to the Hamptons in hand for our first date.

In September 2012, I was unable to hold on for what felt like one more minute. I called him on a Sunday and told him I was falling apart, I was losing my grip and that I wanted to quit my job. He suggested I take a week to myself and rest. We agreed to meet that Thursday at The W to debrief.

I wrote him a letter because I knew he’d yell at me the second I got there, and my words would fail me. Such was our dynamic. The letter basically said: “I’m dying and I have a drinking problem and I can’t stop eating a lot of food and throwing it up. Here is how much Betty Ford costs. They take charge cards.”

On my way to The W, I picked up two airline shots of Jameson and downed them in the cab. I walked in to the lounge, he reached to kiss me, I reflexively moved away and the yelling began. I think he yelled at me for the next 10 minutes, but it could have been five or maybe it was 20. I kept saying, “Hold on, I have this written down,” but he was too busy telling me what a mess-up I was and how much he did for me and how ungrateful I was. “This is my problem with you,” I can still hear him say.

I had my letter in my hand. I just needed to tell him that I needed rehab and I couldn’t afford it.

After he was done with his words, he walked out. “I’m done trying to help you.”

I looked at the letter. Still unread.

You know how there are those images in your mind that you can’t erase? Moments in time that seem to live on infinitely? This was one of those moments. I can see his brown leather sport jacket. I can see his disheveled hair and his hand running through it violently showing his anger. I can see the people around me staring.

He’s walking away. He’s leaving me. And I’m in the street watching it. The world crashes around me.

As far back as I can remember, I was waiting to be saved. By men. By IPOs. By the lottery. By anyone but me. My story was that if I just held on long enough, someone would come. Or some money would come. And then I’d clean it up.

In the light of the next day, that night was horrible. Horrible in the worst kind of horrible where you wake up the next morning and remember what happened and your stomach burns and you feel like this is not life, this is a continuation of a nightmare.

In the light of this day, that night was a miracle. Because it literally was the moment I stopped waiting around to be saved. The moment I got real. The moment I understood I had no choice but to save myself.

I used to have this fantasy that he’d come save me. I replayed it over and over again in my mind on my angst-filled jogs along the Embarcadero, Andrew Bird on repeat. In those visions, he would literally come pick me up and carry me and nurse me to health. He’d marry me and then we’d have beautiful, brilliant, artistic children, and we’d split our time between our homes in San Francisco and London and maybe I’d start my own business or not have to work at all and yada yada yada. Yada.

I now have a much more beautiful and powerful vision.

Only it’s not a vision. It’s reality. And it’s a reality because my hand was forced, and I had no other choice but to save myself.

We are not victims. And we do not need to wait for anyone to save us.

We are the ones we have been waiting for.

Holly Whitaker is a sobriety coach, teacher, speaker, co-host and co-producer of the Home podcast, and Kundalini yoga and meditation instructor. She writes about addiction and addiction recovery on her website, Hip Sobriety.