Home / Lifestyle / Hope is a Thing with Feathers

Hope is a Thing with Feathers

Posted on January 28, 2015 by Sonia Buchanan in Lifestyle, Slider, Testimonials 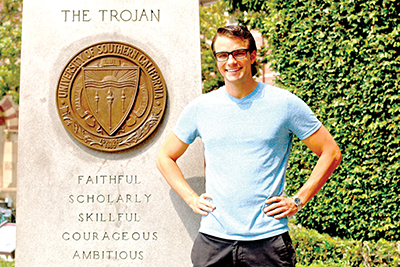 On a warm spring morning, overlooking the industrial maze of the Port of Los Angeles from my high school, I spoke to the graduating class full of optimism, hope, and promise. I was the class valedictorian and headed to a prestigious four-year university, wide-eyed, brimming with confidence and potential. Little did I know that underlying my ostensibly bright future, the dark, ominous shadow of addiction was about to take hold.

Since the age of 15, I had been able to hold together good grades and hard partying. Upon entering UCLA, I found that this line became very difficult to walk (literally). I joined a fraternity, and academics increasingly lost focus as drinking and partying dominated my life.  Grades deteriorated, along with my hope of going to medical school. The further my drinking pushed away my dreams, the deeper into the bottle I found solace. College life led me from drinking to increasingly using a variety of drugs. I descended even deeper into darkness.

My fourth year at UCLA I managed to pass one course — and I wonder how I even did that. I stopped attending classes, and at times could not even make it to my finals. I got arrested and charged with a DUI, and fell deeper into using, subsisting only to use and drink. I dropped out of school, so full of shame that I was unable to face the counselors and formally withdraw. I remember awakening at times to powerful feelings of frustration, regret, and intense shame. I could no longer bring myself to talk to my family and caused grave pain to those who loved me the most. These feelings I could not manage, and I would have to use drugs and alcohol to immediately get right again.

On February 25, 2011, I made the first good decision in a very long time and entered treatment for alcoholism and addiction. As I began to actively work on my recovery, the whole world about me changed. Every rose brighter, the air sweeter, and as I meditated on the beach, I would watch the waves crash and the sea sparkle, feeling for the first time in my life that I was alive.

After a few months getting myself centered and adjusting to my new lifestyle, something remained missing. I had left school without notice, and with the academic condition that I had left, I felt like I had little hope of going back. Emboldened by friends in my recovery fellowship, I was able to set aside my fears and take action. Still without a car, I took a train and three busses back to UCLA, walked into the office, and opened up about what had happened, and asked what I had to do to go back. I was eventually readmitted.

Recovery itself is a daunting experience, but returning to school posed many challenges. After being out of school for a year, I wondered if I still had the knowledge or ability to take my rigorous course load. How do I interact with normal college students? How do I relate to students who freely drink without feeling different or ostracized? The greatest challenge I struggled with was how I could compete with students whose lives are dominated by schoolwork, while my priority had to be my recovery — or there would be no school.

While my academic performance since my return to school was stellar, I was still living at home and commuting to school. Our house had flooded, and I was living with my mom, my brothers, and three dogs in a hotel far away from school. I had very little time to sleep and had to study in the hotel lobby where people were engaged in the usual hotel festivities, often unsuccessfully attempting to get me to join. I slept little and struggled to stay awake on my long morning commute to school. Then out of nowhere, I got a call from a friend asking to join a nascent community for students in recovery at USC. Here was an environment totally devoted to helping students in recovery, and I was honored to be asked to take part (UCLA – USC rivalry aside).

The Haven was like nothing I had ever seen. Students like me who were returning to school after beginning their journey in recovery could have a place that recognized their struggle and provided the resources to succeed. After a long day at school, I often felt like an outsider, someone with a deep secret I had been hiding. At The Haven, I could return to a community of peers who shared my fears, anxieties, and struggles, and to whom I could relate in so many different aspects of school and recovery. I didn’t have to worry about the presence of drugs or alcohol in my new home, and I had a community with whom I could grow. Together we were able to have sober adventures, from free concerts downtown to the endless serenity granted by the beach. Loneliness dissolved effortlessly with such company, and there was finally a place where I could come to full expression of myself as a student in recovery. I was finally home.

The most amazing things in my life have happened when I least expected them, and The Haven was a case in point. Not only was I able to move closer to school to finish up my degree, I was able to engage in a revolution of youth recovery. Since joining The Haven and becoming a House Manager, I have been able to take what I have learned and give back. I have been able to take my tragedies, my pain, and transform them into a light with which to guide newly sober students, so they too can discover a vibrant, healthy, successful life without substances and alcohol.