Posted on April 30, 2019 by Sonia Buchanan in Lifestyle, Slider, Treatment 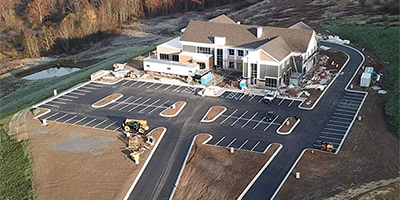 This spring, Ascension will open a 30,000-square-foot 30-bed residential substance abuse treatment center with a 12-bed detox center in Morgantown in partnership with WVU Medicine.

Joey Ferguson, 28, grew up in southern West Virginia, in an area that is now known as the ground zero of the opioid epidemic. By the time he was in high school, he was battling a substance use disorder along with many of his friends. He continued using in college, which affected his academic performance. “I grew up seeing pills,” he says. “For my whole life, this was something everyone talked about. At 21, I got sober, while a lot of people my age were either getting addicted or dying.”

At that time, Ferguson and other West Virginians seeking recovery had few options. A lack of facilities, funds and access to care in a rural state were often insurmountable obstacles to this vulnerable population that needed assistance the most.

But a Morgantown native was about to change all of that. 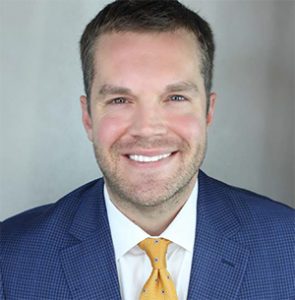 Douglas M. Leech left his hometown to attend Penn State University. He was well into his career as an accountant at Ernst & Young in Pittsburgh when he started using drugs and alcohol. “The disease progressed quickly,” Leech says. “I was fully addicted by my late 20s.” After treatment in Michigan, he wanted to return to West Virginia but was daunted by the lack of sober housing in Morgantown. “I was terrified to return until I was ready.”

When Leech did return home in late 2011, he knew he was in a unique position to help. “In Morgantown — throughout West Virginia, really — I saw a major problem that was getting worse,” he says. “It was clear that my purpose was to create sustainable, high-quality treatment programs accessible to all West Virginians.”

In 2013, Leech founded Morgantown Sober Living (now West Virginia Sober Living), the first sober living residence in the town. “This was the first time someone stood up and said we need to do something,” says Ferguson, who became friends with Leech in 2012 while he was an undergraduate at West Virginia University (WVU). In Leech, Ferguson found an anchor, someone older who was in recovery for the same number of years and who had big ideas. He volunteered to help make the sober living facility a success and worked with Leech to advocate for people seeking recovery. 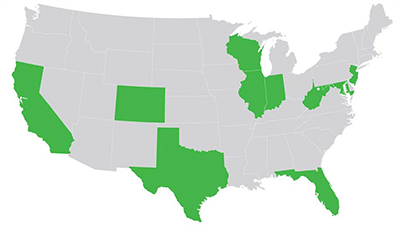 Leech has built successful treatment centers, residential and outpatient, and related businesses across the entire continuum of care around the country.

Leech’s company assisted Kevin Blankenship during the development of Jacob’s Ladder at Brookside Farm, a long-term residential treatment center in Aurora, a part of the state where treatment was desperately needed. Jacob’s Ladder was the subject of the Netflix documentary Recovery Boys. “Doug introduced me to Kevin Blankenship, Jacob’s Ladder’s founder, who hired me to work with him to pilot the program,” Ferguson says. “That allowed me firsthand knowledge on how these centers operate.”

Employment of people in recovery is a large part of Leech’s work. “Once people are through with treatment, it is essential for them to have a sustainable way to earn a living wage in an environment that is conducive to their recovery,” he says. “It’s important for them to have the flexibility to do things like attend AA meetings and doctor appointments. I love seeing the success, paying off their debts and making a decent living while being surrounded by others in recovery.” To date, Leech’s two companies have created 20 jobs, put over 350 people through its sober living program, served over 1,000 people a year in Mongolia County through WV PEERS, and participated in the development of 12 new startup addiction programs that will create 230 full-time positions.

Leech has replicated his model, building multiple successful treatment centers, residential and outpatient, and related businesses across the entire continuum of care around the country, including Florida, Texas, California, New Jersey, Florida, Illinois, Indiana, Maryland and across West Virginia. “Some of the work that we do out of state allows us to do free work in West Virginia and support initiatives such as collegiate recovery,” he says.

This spring, Ascension will open a 30,000-square-foot 30-bed residential substance abuse treatment center with a 12-bed detox center in Morgantown in partnership with WVU Medicine. The WVU Medicine Center for Healing and Hope will accept a broad mix of payers, including commercial insurance, Medicaid, private pay and charity care.

The WVU Medicine Center for Healing and Hope accepts a broad mix of payers and provides the full continuum of care.

There was a desperate need for an accessible facility that provides the full continuum of care, says Ferguson who manages business and program development for Ascension while pursuing a dual master’s degree in clinical rehabilitation and mental health counseling at WVU. “I would receive up to 50 calls a day at Jacob’s Ladder, but we were only a 14-bed, long-term treatment center,” he says. “These callers needed beds but there was a shortage of treatment beds all across the state. The goal is to get people into detox and residential treatment immediately when they are willing to go and then to offer a full continuum of aftercare services, such as the services at West Virginia Sober Living or with the WVU collegiate recovery program if they enroll at the university.”

The WVU Medicine Center for Healing and Hope is an example of the successful public-private partnership between Leech’s companies and the university. “We provide sober housing, peer recovery support services, peer recovery coaching, interventions, monitoring and other outpatient services. WVU provides the medication-assisted treatment, partial hospitalization, acute detox and psychiatric care, intensive outpatient programming, and now residential treatment,” Leech says. “If someone needs treatment in the state, we have the vehicle to provide the services they need.”

Leech’s goal is to replicate the center elsewhere. “In this region, so many people need detox and residential treatment but have nowhere to go. There is a shortage of beds all over West Virginia. This center will fill the need of our community and reach out across the state,” he says. “The partnership with WVU allows the center to offer the quality of care that you’d find at places like the Hazelden Betty Ford but for West Virginians who need the help desperately and don’t have the money to pay for that kind of treatment out of state. We also work with WVU Health Sciences Center, Department of Behavioral Medicine and Psychiatry, and WV Clinical and Translational Science Institute. When we join forces and apply for grants together, we get more done than we could do alone.”

Leech and his companies, along with other organizations like Jacob’s Ladder, also have a strong relationship with the university’s collegiate recovery efforts, providing support, donations and employment for students. Leech and Ferguson, a graduate assistant in the collegiate recovery program, are assisting with the opening of the first recovery house on campus.

WV PEERS, an initiative to address opioid overdoses in the county through the use of peer recovery coaches working with individuals with opioid use disorder and recent overdose survivors, is another joint project between WVSL, Ascension and WVU Health Sciences Center. The program is expected to expand to five other counties.

Both Leech and Ferguson say their work helps them in their own recovery, but it is not a substitute for continuing to pay attention to their own sobriety. “People back home know I made it out and am doing well,” says Ferguson. “I want to give someone else a chance like I got a chance.”