Posted on February 15, 2019 by Sonia Buchanan in Slider, Treatment 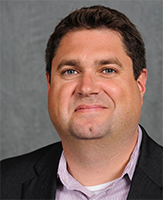 Greg Snodgrass is a man on a mission.

For the past several years, the long-needed and increasingly popular collegiate recovery movement has grown and expanded across American colleges and universities. A recent study on Collegiate Recovery Programs published by the U.S. National Library of Medicine cites peer support as critical to the success of any addiction recovery process. This is especially true on college campuses, where young adults are often living away from their families for the first time and even more often facing extreme social and behavioral pressure from their peers.

Put simply, staying sober on the typical college campus is far from the popular — or easy — choice. In the more elevated and detailed language of the U.S. National Library of Medicine report: “The high prevalence of drug and alcohol use on college and university campuses makes college attendance a severe threat to sobriety that must often be faced without one’s established support network if living away from home. This can lead to isolation when ‘fitting in’ is critical, and/or to yielding to peer pressure to use alcohol or drugs, both enhancing relapse risks.”

Greg Snodgrass doesn’t need to read a single word of this report to understand this. Now approaching 15 years of deep immersion in the collegiate recovery movement, Snodgrass has lived it, seen it and felt it all. Especially during fall weekends roaming campuses in the American South, where college football walks hand-in-hand with religion in both importance and celebration.

“That thing that we all crave is that belonging,” Snodgrass says. “When you go to a college campus, you want to be a part of whatever that place is about. On every game day, all the rules just kind of go out the window. That’s just part of the culture. We’re asking that if you’re going to have that culture that you also offer recovery support services.”

Snodgrass has played a pivotal and foundational role in the establishment and growth of those support services — almost from the very beginning of the collegiate recovery movement.

“When I first started out, it was [not common practice] to send people who have struggled with addiction back to school,” Snodgrass says. “It was just too dangerous a place for them.” Thanks to the collegiate recovery movement and the hard work of people like Snodgrass, that is steadily changing. After spending eight years learning the ins and outs of the movement, strengthening his own sobriety, and earning multiple degrees at Texas Tech, Snodgrass headed to Alabama in 2012 and soon found himself building the collegiate recovery program at the University of Alabama from the ground up. At the close of 2018, there were more than 150 collegiate recovery communities on college campuses across the country. Snodgrass is intimately familiar with many them. These days, he’s becoming more familiar with a campus of another kind.

A DIFFERENT KIND OF CAMPUS

It’s not a college or university, but Cumberland Heights certainly boasts a sprawling, naturally beautiful and charming campus of its own. Unfolding over 177 acres along the banks of Nashville’s Cumberland River, the nonprofit drug and alcohol addiction treatment center boasts 12 outpatient recovery centers, four sober living homes, two 12-step immersion campuses, and seemingly endless opportunities for inspiration and reflection.

Founders Robert Crichton and Thomas Frist had a clear vision for a treatment center from the beginning, asserting in 1966, “We want to have a location and a program which will enable a man to go back to the primary meaning of his life, so he can start over again.” When the first patient was admitted, Cumberland Heights became the first treatment center of its kind in the entire southeast. In the 52 years since, it has impacted and changed the lives of hundreds of thousands of people.

The stated mission of Cumberland Heights is to “transform lives, giving hope and healing to those affected by drugs and alcohol.” For more than half a century, the staff has been accomplishing that mission by providing treatment programs that address the physical, mental, emotional and spiritual dimensions of recovery.

In the second half of 2018, Snodgrass joined that staff, though he rarely finds himself in Nashville. Instead, the nature and structure of his new job allow him to split his time between his current home in Ocala, Florida, and historic and charming college campuses across the South and Southeast.

Snodgrass is a man on a mission, and his mission takes him many places these days. His prime directive is to help Cumberland Heights clients transition seamlessly into college life and hopefully create a template for many other treatment facilities and collegiate recovery communities to follow.

Snodgrass saw his initial college foray at the University of Wisconsin-Whitewater fizzle out due to substance use, so it’s a matter that’s close to his own generous heart. The big-picture goal for the job he has quickly grown to love? “Build a network for our clients to transfer to collegiate recovery programs,” he says.

“At any time, we have up to 132 clients who are rotating in and out of our facility,” Snodgrass says. “Instead of moving into a position at maybe a restaurant or a full-time job, we’re working on getting them to transfer to college. We’re letting them know that’s now an option.”

“I want to see anybody leave treatment and choose any college they want to transfer to and there is a collegiate recovery center there,” he says. “We’d love to see it where every campus has a collegiate recovery program. If there’s not a program there now, I try to meet with the administration whenever I can.”

Although Snodgrass can easily recount some of the challenges, heartaches and tragedies he’s witnessed because of substance use on campuses, he’s even quicker to bear witness to the turnarounds, transitions and miracles.

“Drugs and alcohol beat you down to a point where you think you’re worthless or not intelligent,” Snodgrass says. “Your whole life, maybe you were told or you thought you were stupid because of drugs and alcohol. When you show up and suit up in class every day — you sit in the front, turn in your homework, raise your hand and you earn an A — it absolutely transforms people. I’ve seen miraculous stories. It blows me away. I get really excited about it.”

Snodgrass isn’t the only one excited these days. Butch Glover, chief operations officer at Cumberland Heights, is equally enthused about the future of collegiate recovery — and Snodgrass’ role in molding that future.

“Greg’s interest and presence in collegiate recovery, combined with his contribution to the recovery community as a whole, made him the perfect fit for this role,” Glover says. “He’s only been here a few months, and he’s already gotten involved with universities and assisted their programs. He’s going to do a lot to further the collegiate recovery movement.”

When it’s all said and done, perhaps Snodgrass’ name and face can be as closely associated with college life as that iconic John Belushi keg stand image. Wouldn’t that be a lesson in irony?

With 20 years of experience as a professional writer, Dylan Barmmer has authored award-winning work in online, print, television, radio, promotional, social and other media for an array of agencies, allies and brands.