Go On, Google My Name

Posted on January 30, 2018 by Sonia Buchanan in Slider, Sober Living 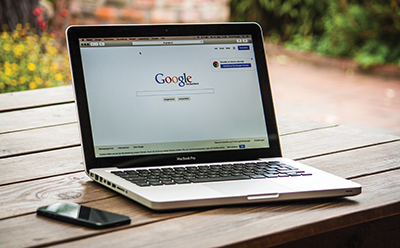 Jared Murray battled his way to sobriety only to find his dark past was following him online. So, he set out to change his narrative in cyberspace.

“My name is Jared Murray. Go on, Google it. My past might follow me, but it doesn’t define me.”

Jared Murray is on a mission to get young people in recovery to tell their stories — the complete and honest and brutal truth — online.

People who, like Murray, have risen above their addictions and transcended to a life of sobriety, are disheartened to realize that their past continues to live on the web in police blotter reports, negative newspaper articles, and regrettable photos or posts that cannot be digitally scrubbed. Instead of worrying about what is present online, Murray offers a simple solution: Change the narrative by replacing the bad with the good.

Murray, a self-described “good kid from a great family,” got involved with drugs and alcohol at an early age. When he got accepted into his dream school — the University of Alabama (UA) — the situation only got worse. He moved on to harder substances. His grades plummeted. He got arrested at his fraternity house. In 2011, he made the decision to take back his life and sought treatment.

48% of recruiters and HR professionals refer to personal websites when deciding whether or not to hire you.

Forging a new life after treatment wasn’t easy. Murray wanted to return to UA, where he felt at home and where his girlfriend, now his wife, was a student. “I felt like I was returning to the belly of the beast, but ’Bama was my home,” he says. Although the university initially resisted his return, the dean of students advocated for him, and he re-enrolled.

Once on campus, Murray didn’t let anyone — especially himself — down. He consistently made the dean’s list. The dean of students started sending students with similar situations to Murray for assistance. He played a role in the founding of the school’s collegiate recovery community. People were taking notice of him — and in a good way.

78% of recruiters check search engines to find out more about potential employees.

Online, however, Murray’s arrest reports haunted him. “When you Googled my name, drug-related charges from my days in addiction popped up,” he says. “That was the first thing people saw: I was a criminal. They didn’t get the impression that people have of me today when they hear me speak in the community about my recovery experience and the progress I’ve made. There are many things I do to maintain my recovery and assist other people, which help me have a better reputation in society, but that did not change the bad first impression that people got of me online. They only saw the person I once was — a person who was lost and hopeless and thought there was no way out. All they saw was my dark past.”

Murray knew he couldn’t make the negative links disappear but wanted the positive to overshadow them online. So, he got proactive. He shared his story with the Tuscaloosa News for an article on recovering students. Afterward, Recovery Campus invited him to share his story to help others. Murray also uses social media accounts to broadcast his successful new life in recovery. “Now when you Google my name, these are the things that pop up above my charges and acknowledge my positives,” he says.

When Murray was a senior, he took the course Public Relations Campaigns, which presented an opportunity for him to turn his experience of creating a positive online presence into an educational initiative for anyone looking to likewise change the narrative of their past. 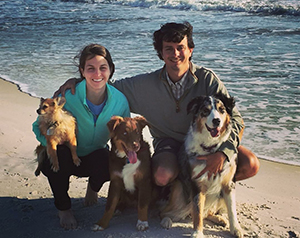 Jared Murray uses social media to share positive photos from his life – such as this photograph of his wife, Lacey Hill Murray, and their three dogs – to boost his e-reputation.

The class was split into five teams, or agencies, that developed campaigns that would ultimately compete for a chance at being produced by The Cirlot Agency, a global public relations firm. The overall topic was online reputation. “My team discussed various ways to approach this, but nothing was resonating,” he says. Then it hit him: Why not target the campaign to young people in recovery? He disclosed that he was a former addict who successfully pushed down the posts about his charges through positive stories in the local newspaper and in a national magazine. “People in recovery cannot remove our past, but we can overcome it and put a recovery spin on it,” he explained to them. “It’s our responsibility to present the full story.”

Murray’s idea was a winner. Spinning the campaign to young people in recovery, the team used the Twitter term “follows” for its tagline: “Your past may follow you, but it doesn’t have to define you.”

Social media sites are checked by 63% of recruiters.

The print and video campaign included Murray and two other young adults with prior arrests, who talked about their battle with addiction, their charges and the people they have since become in recovery.

“It Follows You” beat out the other campaigns for the coveted spot with Cirlot, which helped them produce the final material.

Today, Murray continues to spread his message to the young people in recovery he encounters in his role as community representative at The Reprieve, a recovery program in Opelika, Alabama. He says there are many ways to push down the negative links. “I participated in articles and now keep up by posting positive comments about my recovery on social media,” he says. “In addition, people can start a blog, post educational or inspirational videos on YouTube, and more. You’re only limited by your creative boundaries. Honesty always wins. Don’t remain wrapped up in shame and guilt.”

8% of companies have fired someone for abusing social media.

However, he presents a caveat. “Being in recovery has a lot to do with humility,” he says. “When you put your stories out there, it’s easy to become this ‘Captain Recovery’ figure and lose that attitude of humility, which can hurt your recovery. It’s important to spread a message, but you must have a balance.”