Home / CRCs / Ending the Cycle Before it Begins: The University of Alabama’s MPACT Program

Ending the Cycle Before it Begins: The University of Alabama’s MPACT Program

Posted on February 4, 2016 by Sonia Buchanan in CRCs, Slider 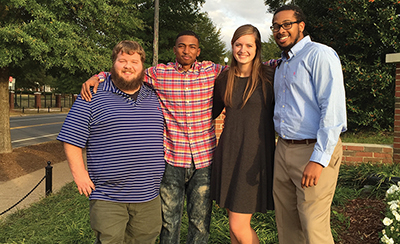 When it comes to substance abuse, it goes without saying that a college campus is a high-risk environment. But thanks to the vision of Adam Downs and Jaime Garza, students at the University of Alabama who exhibited substance abuse behavior are being given a chance to reevaluate their course in life.

Downs, who received his Ph.D. from Michigan State University in Marriage and Family Therapy, participated in building the Collegiate Recovery Community (CRC) at the University of Alabama in 2012. During this time, he noticed a demographic of students being overlooked by prevention programs and recovery support. Students struggling with substance abuse were falling through the cracks.

“There was no consistent way to handle the issue,” Downs says.

After doing some research, Downs discovered that alcohol and drug issues on campus were always student conduct situations, and all students in need of help were being referred to off-campus resources. Seeing an opportunity to intervene, Downs decided to develop a distinct protocol for these situations.

“Everyone was hungry for something to do,” he says.

He began working with the Office of Student Conduct, the Dean of Students, and the Counseling Center to create a program that would address issues of substance abuse, focusing on intervening in students’ lives before they reached the depths of alcoholism and addiction.

Enter Jaime Garza, who Downs brought on board in 2013. Garza, who had just founded the young adult program at Cumberland Heights, joined Downs and the pair began building the infrastructure of what would become the UA MPACT Program: Maximizing Potential through Academics, Community and Treatment.

Both Downs and Garza are in long-term recovery themselves, and they desired to create a program that utilized the methods of Twelve-Step fellowships. Kelly Miller, a substance abuse counselor at MPACT who holds a master’s degree from UA in Human Environmental Sciences and is also a Licensed Marriage and Family Therapist, says her previous experience working as a counselor in a treatment center prepared her well for this job. Additionally, it gives her perspective as she works with MPACT students.

“Hopefully through early intervention, self-awareness, and growth, we can help [students] change the course of their using,” Miller says. “They may never have to lose the things that I’ve seen people lose from addiction.”

While treatment centers meet needs for individuals with acute addictions and health risks, many of the students who enter MPACT have not progressed that far on the spectrum of addiction. Similarly, these students don’t meet the requirements of UA’s CRC, which caters to students with established recovery who are already working Twelve-Step programs. In this way, MPACT is bridging the gap between prevention and recovery support. As Downs explains, these students aren’t necessarily addicts or alcoholics, but the ways they are using substances aren’t working out well for them. Thus, the goal of MPACT is to challenge students to replace high-risk behaviors with high-reward behaviors, such as attending all of their classes and developing meaningful relationships.

The program itself privileges a community experience and encourages resiliency. Working with about 250 students per year, MPACT takes a holistic approach with its students, offering programming that focuses on education, counseling, academic success planning, and community. The idea is that such intervention will evoke a response in individuals who aren’t addicts, and this realization will create an impetus to change. Along this vein, MPACT intentionally uses language that eliminates barriers with students who don’t identify as addicts or alcoholics. In fact, students are often surprised at how little they talk about drugs and alcohol in MPACT. The program employs “resiliency plans” instead of “treatment plans,” and counselors encourage students to find “mentors” instead of “sponsors.” According to Downs and Garza, such alterations make recovery more accessible to students who don’t identify as addicts or alcoholics. 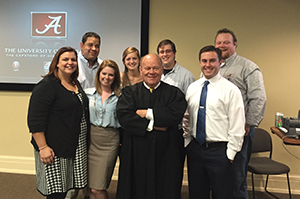 Garza explains the importance of making recovery attractive to young people who are struggling in an environment where drug and alcohol use is common.

“We got knocked down, picked ourselves back up, and people are inspired by that,” he says.

Garza, who lost a collegiate football scholarship as a result of his addiction, understands exactly what is at stake for the students he encounters. As a counselor, he says he wants to form a cohesive community in his groups. Since the program is based off the peer-to-peer model of Twelve-Step fellowships, the community is essential.

MPACT offers six different levels of programming, and students are placed in a certain level after completing an assessment that determines their needs. While UA’s Office of Student Conduct and the Office of Student Care & Well-Being refer many students to MPACT, many students seek out the program themselves. For these students and others who may identify as addicts or alcoholics, MPACT offers a recovery track that relies on traditional Twelve-Step knowledge and encourages building a relationship with students in the CRC.

One of MPACT’s most unique programs is Campus Drug Court. Downs, who says he is the product of a second chance, says this is one of the most special aspects of the program to him. Students who qualify for this program have been found responsible by the Office of Student Conduct for committing a drug- or alcohol-related offense that warrants dismissal from the university. Prior to the MPACT program, students in this position were expelled from school.

As Downs explains, these students are often very intelligent but have found themselves caught up in a destructive cycle.

Students who are accepted into the MPACT Campus Drug Court have their letters of suspension held, contingent upon their participation in the program. This program spans a full academic year, allowing students the space to begin to see the risk involved in returning to their old behaviors. Downs believes that students will reap enough benefits from their participation in the program that they will be deterred from returning to old habits. In this way, the program allows students the opportunity to grow and change, based on the mistakes they have made.

Students in this program are given multiple opportunities each week to learn and grow. Each week, a student will attend individual counseling, meetings with a student representative who functions like a case manager, and two process groups. These are aspects of the Resiliency Enhancement Plan that students develop along with their student representatives and counselors. Students also submit to weekly drug testing, which is immediately processed in an on-site lab. Additionally, alumnae of the program and students from the CRC serve as mentors to current students. 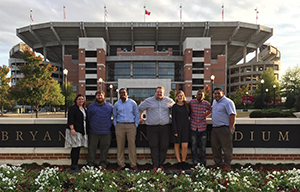 Each Friday, Campus Drug Court students meet in Farrah Hall on the University of Alabama’s campus and stand in front of Judge Pete Johnson for open case review. The students report on their weeks, and Judge Johnson can sanction them if they are not meeting the requirements of the program. As opposed to sanctions one might face in a traditional drug court setting, the sanctions imposed by the judge are often educational. For instance, students struggling with punctuality may be required to attend time management workshops with the Office of Academic Success. Such sanctions are geared toward imparting valuable life skills that increase self-confidence and conceptions of responsibility, which seep into all areas of students’ lives.

Though only in its third year, MPACT is steadily growing. Both Downs and Garza want the program to become stronger and more available. They say their ultimate goal is to see this model replicated at other universities, and they are currently working with another college, which will be the first to implement the program on another campus.