Posted on October 24, 2017 by Sonia Buchanan in CRCs, Slider 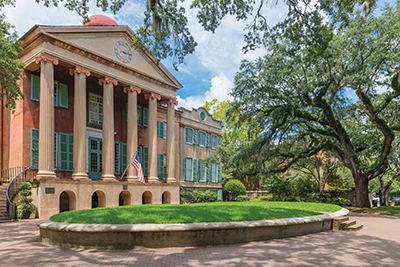 The collegiate recovery program at the College of Charleston is already changing lives, and it only just began its first full year on campus.

Not everyone’s life comes full circle quite like Wood Marchant’s. A student at the College of Charleston in South Carolina in the late 1980s, Marchant started experimenting with substances and didn’t stop until he graduated, had multiple relationships fail and noticed that most of his friends were figuring things out while he was still floating aimlessly around town.

He moved to Atlanta under the guise of going to graduate school, but actually, it was so he could get sober. He spent two years building a solid recovery foundation before returning to what he calls “the scene of the crime,” though he acknowledges Charleston wasn’t really the problem. Marchant cycled through a few career paths — freelance writer, teacher — before he went back to school to get a master’s in social work.

Newly married and anxious to get a job, Marchant accepted a position in an HIV clinic at the Medical University of South Carolina (MUSC). Although he didn’t know that much about the disease, he recognized some similarities between people with HIV and people with addiction: “They’re both terminal illnesses. If you take care of yourself and follow suggestions and do the right things, you can stay in good health. Each disease faces a lack of education and stigma in the public. Right off the bat, I identified with these patients.”

After nearly six years working in the clinic, Marchant was ready for another career change — and this is when his story started to curve back around. 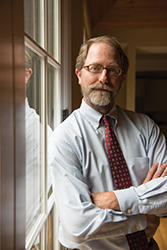 From a young age, Isaac Waters knew that people with alcoholism don’t always live under bridges. His father was a successful businessman and continued to be so even in the throes of active addiction. Plus, Charleston’s imbibing habits — thanks to its lively food and beverage industry — far exceed the national average.

After watching family members struggle, alcohol didn’t sound that enticing. When Waters entered high school, he experimented with drugs instead. A week before his 18th birthday, he was on his way to a treatment facility. Waters spent the next year and a half working his way through seven treatment programs before he moved back to Charleston armed with a commitment to sobriety and an eagerness to integrate into the city’s extensive recovery community.

But the first person Waters met was a 65-year-old man who asked him if he liked to play golf. The 19-year-old wasn’t thrilled.

Then he met 20-something John Nix in the intensive outpatient program at the Center for Drug & Alcohol Programs (CDAP) at MUSC. Waters didn’t have a car; Nix did. On rides to the 10 meetings they attended together each week, the two became fast friends — and some of the staff at MUSC became concerned. Protocol stipulated patients weren’t allowed to socialize outside of group.

But one of the clinical instructors at the CDAP pulled Waters and Nix aside. “He said, ‘I think what you’re doing is great. Don’t let these people get to you,’” Waters recalls. “That was the first time in my recovery I felt OK.”

That clinician was Marchant, who had spent three years as the lead inpatient counselor at the Charleston Center, the county’s Department of Alcohol and Other Drug Abuse Services, before moving to the CDAP.

“I just encouraged them to stay on the path,” Marchant says, “and they did.”

Waters hoped that path included college, but after getting kicked out of high school (and racking up a handful of felonies), he didn’t think higher education was an option. The College of Charleston didn’t think so, either. He applied and was denied five semesters in a row.

Then Steve Pulley rode his bike into town.

A graduate of Georgia Southern University’s Center for Addiction Recovery, Pulley spent nearly 60 days biking across the country, stopping at treatment facilities, halfway houses and recovery residences along the way to tell his story and raise awareness about collegiate recovery. His 3,133-mile Ride for Recovery ended in his hometown just three days before he started in the Doctor of Physical Therapy program at MUSC.

Pulley continued to share his experiences at local recovery meetings, and it wasn’t long before Marchant invited Pulley to speak to his intensive outpatient groups. 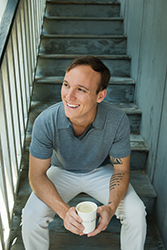 “The first time I met Steve, I didn’t like him,” Waters says. “I was sick of hearing about this ride. He was invoking this thing in me: I wasn’t doing enough. I was lackadaisical in my recovery. I was working in food and bev, and I wasn’t moving forward.”

Pulley empathized with Waters’ situation. He had attended three colleges, earning only nine credit hours, before he connected with the collegiate recovery community at Georgia Southern. “I witnessed those in my CRC thrive in recovery, overcome obstacles, and move on to realize hopes and dreams they never thought possible,” Pulley told Recovery Campus in 2014. “Not only did I believe that anything was possible but that I could be open about my recovery in the [graduate school] application process as well.”

After spending months bringing attention to collegiate recovery programs on college campuses nationwide, Pulley wanted to attract attention to the need for a program at the College of Charleston — and he knew just the person to help.

“Isaac was really involved with his recovery and had all this leadership potential, but he wasn’t even given a chance,” Pulley says. “I knew he would benefit from one of these programs and being a leader on campus.”

On all of Waters’ college applications, he had disclosed his criminal record but not what had happened since. Pulley encouraged him to be transparent about his recovery, to get letters of recommendation and to bring the idea of starting a collegiate recovery program at the College of Charleston to the dean of students. The sixth time Waters applied to college, he was accepted.

Before Waters’ first semester at the College of Charleston in August 2015, he and Nix were applying for grants and lobbying campus administration for support. They applied for and won a $10,000 grant from Transforming Youth Recovery, which was just enough paperwork for the students to realize they didn’t want to spend the next few years grant writing.

“We wanted a director,” Waters says. “We didn’t want to do this stuff. The college gave us a number and said they would post a job if that number was hit.”

Pulley helped organize fundraising events and solicit donations, and Waters and Nix started telling their stories to anyone who would listen.

“My recovery is my biggest asset in my life today,” Waters says. “If I can share that on a college campus, especially in such a big drinking town … We wanted to help students who could be here in two years, five years, 50 years.”

By May 2016, they had raised enough in private donations to launch the program and hire a director. In November 2016, Marchant became the first director of the first collegiate recovery program in South Carolina.

Marchant had high hopes for his dream job. College of Charleston President Glenn McConnell made getting the program up and running one of his priorities, and the CRP Lounge is in the Stern Student Center, the epicenter of campus life.

But at one of the weekly meetings early in the semester, only two students showed up. One had been sober a little less than a month; the other had been sober for about a year.

“I just sat back and watched Ashley talk to Nick about how she’d handled issues that came up on campus or which meetings she went to where there were other young people,” Marchant recalls. “At first, I was pretty disappointed we just had two students because I was trying to get the word out and doing my best to reach folks. But at the end, I knew why I was on campus. The peer-to-peer support took over and helped a student who had been struggling.”

Since the CRP launched, 14 students have participated in weekly meetings that focus on recovery-related issues and challenges they may face as recovering young people and students.

Another important aspect of the program is the speaker series Marchant developed to help students plan for their postgraduate careers.

“My students didn’t need me to be their grand sponsor,” Marchant says. “They were all working their own recovery programs successfully. They told me, ‘Help us prepare for what’s next.’”

Sober community members who work in various fields come speak to students, providing different perspectives on how to reach career goals while navigating recovery as well as guidance about recovery activism at the local, state and federal levels. Speakers have included everyone from Steve Palmer, managing partner of the Indigo Road hospitality group and co-founder of Ben’s Friends support group for food and beverage workers struggling with addiction, to Nanci Steadman Shipman, co-founder of Wake Up: Carolina, a group of local parents, treatment providers, citizens and law enforcement officials concerned about the opioid crisis.

The CRP also hosts an open recovery meeting for students who may have questions about their substance use. “When I was at MUSC, we had College of Charleston students come through outpatient there,” Marchant says. “They knew they needed to quit one drug but many weren’t ready to give up alcohol. I knew not everyone would be ready to be completely abstinent, but I wanted to have some type of meeting to support the folks in that stage where they were thinking about making a change but weren’t quite ready.”

In these meetings, Marchant talks about the warning signs that a student’s substance use is on the road to substance abuse or addiction and addresses what sobriety looks like for a young person.

“It’s a meet-you-where-you-are meeting,” he says. “That’s the best way to work with this population: to come alongside them, to acknowledge this is the time and the age when young adults are learning about their relationship with alcohol and drugs, and to not pretend that’s not going on.”

Students who come to the open recovery meetings want to know if they’ll still have fun in sobriety, what they’ll do on weekends and if they can still date. Waters remembers being terrified that the fun was going to stop when he got sober, too.

“I can remember sitting around drinking and talking about traveling the world,” he says. “None of it ever happened. We never left the couch. But I’ve done all those things since I got sober. The fun hasn’t stopped. I’ve just found a new way to live.”

Waters has followed in his now-sober father’s footsteps in more ways than one. Through his experiences writing one-year and three-year plans and raising money for the CRP, Waters fell in love with business. In September 2016, he and Nix, who graduated from the college in May of that year, launched a bicycle-based coffee delivery service called Vice Wheel. Riding a customized white beach cruiser, Waters delivers hot or iced coffee in under 25 minutes to students, professors and neighborhoods around Charleston.

“My first service commitment in recovery was making coffee for my home group, and I just never stopped,” he says.

The recipient of the 2017 Excellence in Collegiate Education and Leadership award for the School of Business, the junior plans to eventually get a Master of Business Administration.

“This program has the ability to change the direction of someone’s life,” he says.