Home / Lifestyle / You Can’t Pour from an Empty Cup

You Can’t Pour from an Empty Cup

Posted on November 13, 2018 by Sonia Buchanan in Lifestyle, Slider 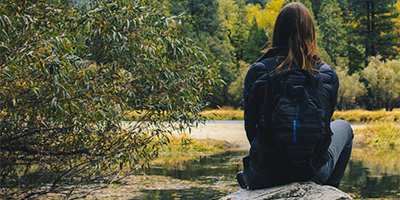 Is self-care really as simple as taking a hot bubble bath? Not really. Let’s dig deeper and expand the definition of self-care to include an initiation into the inner self.

The term “self-care” has been given a bad rap for being considered selfish, self-centered and arrogant and has even gone further to define one who is not of service to others. The adage, “You can’t pour from an empty cup” is posted on spiritual magazines, yoga class studios and self-help books while becoming our New Age mantra.

EVERYONE POURS FROM A DIFFERENT CUP

What does self-care even mean? This cliché has been around for years. I recall watching Dr. Phil 20 years ago telling a housewife on his show that she had to take care of herself first before she could take care of her children. This advice was given in lieu of her complaints about feeling stressed, overworked and overwhelmed to the point of feeling incapacitated. That comment always stayed with me, and I have been mulling over its definition while attempting to understand and explore its meaning and behavioral manifestation in our lives.

I have wondered how that comment, which felt nurturing and positive in that show, could combat the underlying negative injunctions that I associated with the words “self-care,” as implying if you take care of yourself, you are doing it at the expense of being selfish, arrogant and narcissistic. It took on an additional implication to imply being “I” centric and not allowing room or space for another’s needs, desires or wants.

Over the years, self-care has become a regular part of psychobabble pop culture of Generation X and now Gen Z. It conjures up images of yoga, incense, aromatherapy candles and hot bubble baths. For others, it may mean spending copious amounts of money on partying and drinking after a long week of studying, homework and exams. “I just needed to let loose, destress and take care of myself,” or “I need to take time to forget about it all,” are the common whispers floating around colleges, meditation halls and corporate offices that I so often hear. Consumerism is now even couched under the positive affirmation that retail therapy is an accepted form of self-care.

Let me clarify, I am not against an invigorating 60-minute sweat session of Hatha yoga or engaging in meditation rituals with sandalwood wafting through the air or even letting my hair lose while shopping.

I am seeking to dig deeper and even expand the definition of self-care to include an initiation into the inner self.

A GLASS HALF EMPTY OR HALF FULL?

So again I ask, what does self-care even mean? The five basic principles from the Oxford Group, the Christian-based organization founded by missionary Frank Buchman, whose principles were codified into the 12 steps of Alcoholics Anonymous (AA) by Bill W. and Bob Smith, are:

I feel these principles succinctly provide a foundation for a different and even more meaningful definition of self-care. These principles speak to self-care that nourishes us in a much deeper and wholesome way. My intention in stating this is to say that partying hard after a long week of academic responsibilities is natural. We all want to let loose and let our hair down. Although this letting loose feels great in the moment, the euphoria usually is short-lived with the common aftermath of hangovers, headaches and nausea the next day. More often, some guilt and shame can usually set in, especially if the partying and binge-drinking occurs as a consistent weekend ritual after the weeklong arduous academic effort. The next morning, you usually feel worse than you did when dealing with your stressful week.

Therefore, I would feel more apt to pose an exploratory question about the meaning of self-care as, “What if self-care implies engaging in behaviors that nourish us emotionally and spiritually?” Could such a definition be more self-sustaining and contribute to increased productivity?

Yet taking on this definition feels daunting, as first and foremost, you would need to identify and acknowledge your emotions, behaviors and thoughts. Then you would need to elicit ways to manage and contain such emotions that increase a sense of well-being. This is tough work.

When attempting the journey of unpacking the plethora of your emotions, you may be faced with emotions you are not ready to acknowledge, let alone explore, including feelings you suppressed and quite possibly repressed. So, is there a way to increase emotional well-being without digging in too uncomfortably deep? In my opinion, the tenets of the Oxford Group can provide that initial roadmap of practical tools you can use for self-care.

This is a method of looking at yourself and engaging in some self-introspection. For a collegiate, a practical way to engage in such introspection would be writing five or 10 behaviors you have engaged in during the day and adding a positive or negative value next to each behavior.

A positive behavioral value is something that made you feel good about yourself. This could include reading a book, exercising or completing a simple chore like laundry. It is a behavior that, when you reflect on at the end of the day, generates a sense of personal pride or accomplishment.

A negative value is a behavior that may have felt good temporality, but when reviewing your day, you feel a sense of guilt, anxiety or worry. In general, you just do not feel that great.

This includes a verbal expression of your thoughts, feelings and ideas to a witness. Imagine that you just had a really good cry after pouring out your heart to someone who you feel listened to you wholeheartedly. The power of having a witness and feeling listened to can be mentally and emotionally nurturing.

This is akin to making amends, as learned in the 12 steps of Alcoholics Anonymous. Restitution is not something you need to engage in daily or be hyper self-critical in finding your faults. For the purpose of this article, restitution will take on the meaning of personal accountability. This can be emotionally nurturing when you take a look at your behaviors, limitations or impulsive acts that could be considered just plain stupid — something you did that causes remorse maybe. 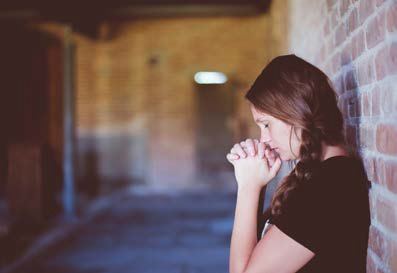 It is empowering when you are able to simply identify and acknowledge your own behaviors. It alleviates the pressure of being held accountable by others, which further increases guilt and shame, or even denying the negative feeling to yourself in an indirect way, which further adds to the feelings of guilt and shame. A simple acknowledgment and clear identification of the behavior, and even the intent that motivated the particular behavior, could be empowering.

This takes the form of helping others. Examples can include tutoring, showing a new college student the campus grounds or volunteering in the community. Service to others is to provide time, effort and energy to another person without financial expectation or even bartering goods or services. It is important to assist others for the sake of being of service or not feeling coerced into providing help.

AA literature describes finding “God as we understand him” as “a power greater than ourselves.” In discovering what this power is, you can be free to explore, discover and identify what or who that power may mean to you. Some have described that power as God in the traditional biblical or religious sense, while others have identified their higher power with Mother Nature. Even others focus on genuine human interaction as being their greater power.

Therefore, meaningful time can be spent in discovering your personal meaning of that higher power. Then, once obtained, you can spend time actively engaging with that higher power of your own understanding. Examples could include reading religious text, hiking up one’s favorite trail, saying the serenity prayer or even practicing traditional meditation where you focus on mindful breathing. A felt sense of connecting with something larger can be awe-inspiring and humbling. 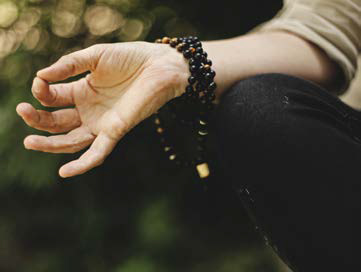 Although engaging in emotional self-care has better long-term effects and can be more positively sustaining, it is not an easy task. It takes practice and commitment. As Jungian analyst and author James Hollis stated in his book Living an Examined Life, every day we are faced with battling two existential angst — one of lethargy and the other of fear.

Every day you wake up by imagining a hike in the glorious weather instead of going to class, or you would like to hide under the covers and not get out of bed instead of thinking of an upcoming exam or a failing grade.

Yet if you are engaged and invested in wholehearted self-care, you also face the two angsts of lethargy and fear, but you do so with grit and determination. And even though you may give into the feelings of lethargy and fear, avoiding the world for a few hours or even a day every so often, you do not give up. You put in the effort to show up and face this thing called life on a daily, consistent, mundane basis.

To me, that is what true self-care means.

Dr. Serena Gupta received her master’s degree in clinical psychology from Pepperdine University and her doctorate in depth psychotherapy from the Pacifica Graduate Institute. She has more than 15 years of experience working in treatment. She is currently the clinical director and co-owner of Coastline Behavioral Health for Women in Huntington Beach, California.