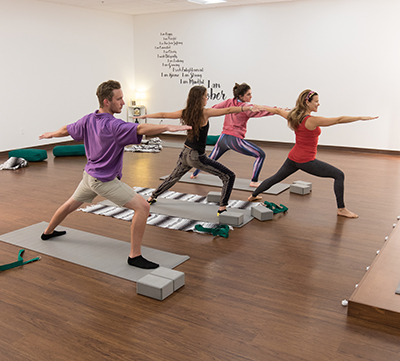 In an intimate interview with Recovery Campus, Mindi Levins-Pfeifer opens up about the death of her husband, Sober College co-founder Robert Pfeifer, and charting the treatment center’s future course.

When I turn the corner and see Sober College’s new learning center for the first time, it looks every bit the program’s reputation: bold, innovative, disciplined. Large windows reflect the fairly non-descript neighborhood of low-slung commercial buildings, perhaps housing industry or maybe offices. The landscaping is tidy, cared-for. A bright blue awning spans the entrance. Nothing but the signs at the top of the building and on the front door hint at what happens inside: teens and young adults addicted to drugs and alcohol are getting treatment, entering recovery and earning college credit. Sober College has been doing it since 2005, but now the program has a new headquarters.

Inside, oversized images of smiling young men and women, captured in moments of joy and fun, line the white walls. Splashes of blue, as vivid as a smog-less California sky, and lime green form geometric patterns on carpets, take over couches and accent soffits. A quote near the entrance catches my eye: “A ship is safe in harbor…but that’s not what ships are for.” Next to it hangs a portrait photograph of Robert William Pfeifer, who co-founded Sober College and died unexpectedly last year. In large part, he is the reason I’m here.+ 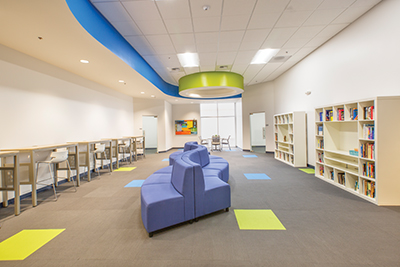 His passing left a hole in the hearts of those who knew and loved him and a question mark in the field of addiction recovery for young adults. What would become of Sober College?

I meet Mindi Levins-Pfeifer, Robert’s widow and the co-founder of Sober College, at the front desk. She greets me with an easy smile and a no-nonsense air. We’re in Woodland Hills, one of the many neighborhoods ringing central Los Angeles, but she reminds me of a strong New Yorker — dark-haired, direct and candid. She launches into a tour of the new digs, which were recently completed and dedicated as the Sober College Robert Pfeifer Memorial Learning Center in a grand opening December 2, 2016. Formerly, the headquarters for this unique addiction treatment program for participants ages 18 to 26 was just up the street. “Literally, everything in this building we already had,” says Mindi. “It’s just three times bigger, more state-of-the-art. We really try to bring the college, the school feel, because as much as we are a treatment center, we are way more than that.” 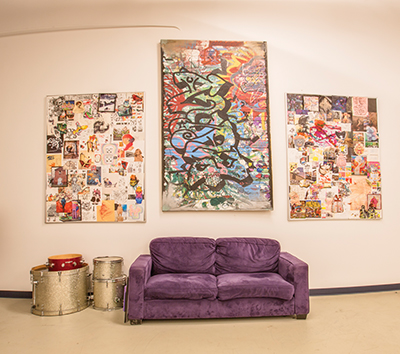 She then steers the conversation to her husband. Although she is matter-of-fact, the pain of his loss is in her eyes and catches, albeit briefly, in her voice: “My husband died July 9. Had a heart attack. That was it. Saw him, talked to him, put him in an ambulance. He died in the ambulance.”

She explains as we walk down the pure white hallways and peer into different rooms how the two of them had worked together on this building, she as the project manager, he as the program’s overall business director. She admits that it was his dream more than hers. Still, she says, “We worked side by side. So many people said, ‘How did you come back to work?’” “Well,” she explains, “I had contractors and construction [workers]—I was the project manager. What was I going to do? There were deadlines now, there were budgets. There was a lot of money. People waiting. It had to get finished.” In short, she had to see the project through despite her own grief.