Home / Featured / From The Power of Horses to Heal

From The Power of Horses to Heal

Posted on September 12, 2019 by Sonia Buchanan in Featured, Slider 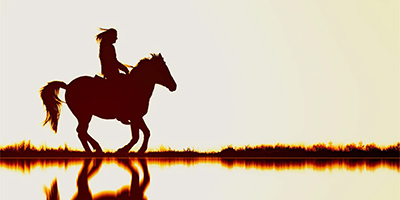 This story is adapted from Tim Hayes’ book Riding Home: The Power of Horses to Heal

Sam Butler was born and grew up in Windsor, Ontario, Canada. His mother and father got divorced when he was seven, so every week Sam traveled back and forth to live with both parents. He was the youngest of four boys and in trouble almost from the beginning, getting kicked out of third grade for refusing to do his homework. He started using cocaine at twelve, dropped out of the eighth grade, and was sent by his parents to a military academy for troubled teens in the United States.

As a thirteen-year-old freshman at the academy, Sam found himself in a class with a number of nineteen and twenty-year-olds who had been left behind. He had never liked violence, and whenever the older boys beat him, he never fought back.

Sam was five foot ten and weighed 150 pounds. One night he was forced by some of his classmates to fight a kid named Joseph, who was six foot two and weighed 300 pounds. Sam told me, “Something happened that night. I felt trapped. I still don’t know why, but I snapped; it was like I was a different person. I ran at Joseph and hit him hard in the face. I hit him with a lamp and a chair, knocked him to the floor and strangled him until he passed out. After that I fought a lot. I broke my wrists and my hands, but I never lost a fight.”

Sam’s parents brought him back home and told him he had to see a therapist. He refused to go. They put him in a Windsor prep school. Sam hated it. He started dealing drugs carrying knives, was often violent, and once almost got killed by a Russian gang over a drug deal gone bad. Sam said, “It was bad, I was out of control. I was high all the time and surrounded by violence. I hated my parents. I hated living in two places. One night I came home and swung at my dad. He grabbed me and held me down on the floor. I felt I couldn’t move; I felt trapped. It was the same feeling I had in military school when I fought Joseph. I head-butted my dad and broke his nose and one of his teeth. He pushed me away. I fell down the  stairs and got knocked out, with a concussion. My dad’s girlfriend called 911; they came, strapped me down, and took me to the emergency room. When I came to and realized I was strapped down and couldn’t move…I went crazy. They had to tranq me.”

After two months of agonizing soul-searching and exploring therapeutic options, Sam’s father and mother brought Sam to In Balance Ranch Academy, a therapeutic boarding school outside of Tucson, Arizona, to begin a one-year cocaine-addiction rehabilitation program.

Dr. William Parker, the therapist who would be in charge of Sam’s recovery program, felt that the divorce of Sam’s parents had contributed a great deal to his emotional difficulties and the struggles he was having in relating to his family and other people. Because his interpersonal guardedness had repeatedly made it difficult for him to establish a genuine relationship with a therapist, Dr. Parker decided to begin Sam’s recovery with equine therapy.

At his first session Sam’s equine therapist, Keri, asked him to walk into a corral of six horses, choose one, and walk him back to her. Although Sam had never ridden or been around horses, he took a halter and rope and calmly walked into the corral as if it was something he had done his whole life. He looked around at the small herd, walked over to a buckskin quarter horse mare named Cricket, and gently petted her neck.

Keri asked Sam to lead Cricket to the other end of the corral and then walk with her in a space between the corral’s wood-rail fence and a three-foot-tall blue plastic barrel that stood about four feet from the fence. Sam led Cricket and was halfway through the space between the barrel and fence when Cricket stopped and wouldn’t walk any farther.

Sam turned around and quietly stood for a moment, looking at Cricket. Her head was up in the air, pulling back on the rope, the muscles in her neck looked tight, and he could see the whites of her eyes. Sam walked back, stood next to Cricket for a few minutes, gently stroked her neck, then turned and began to walk forward again. Cricket followed him through the space, and they walked back to Keri.

Keri asked Sam why he thought Cricket had stopped at the barrel. Sam said, “I don’t know, but she looked a little unsure, y’know, a little scared. I just figured I’d pet her and let her know everything was okay.”

Keri said, “You’re right, Cricket was a little apprehensive. As a prey animal on the lookout for predators, all horses need to know that they can run anywhere, in any direction, in order to feel confident and safe. If any of their paths of escape are blocked, they become a little anxious or fearful. By asking Cricket to go between the fence and the barrel, you were asking her to go into a place that would eliminate two paths of escape: one to the right, blocked by the fence, the other to the left, blocked by the barrel.”

Sam was looking at Keri and listening intently to what she was saying. When she finished, he stared at Cricket and said, “Wow, I know just what that feels like. I hate feeling trapped. If I can’t move, I go crazy.”

As his stay continued, Sam asked if he could spend more time in the equine therapy program. One afternoon Sam returned to the corral after riding all around the ranch. He got off Cricket and sat down on the ground next to Keri. He said, “Y’know, she’s afraid of just about everything. We were riding and she spooked at one of the mailboxes. What a stupid thing to be afraid of.”

Keri said, “All horses are hypervigilant. They’re always on the lookout for predators. When they come upon something they don’t recognize, they will often spook and think about running. If they realize it’s not a bear or a mountain lion, they’ll relax and continue on. It may seem stupid to us, but it makes perfect sense to a horse. If Cricket doesn’t get ready to run and the mailbox is really a strange-looking predator, she could get eaten. Sam, can you think of anything that frightens you that maybe you don’t need to be afraid of?”

During his time at In Balance, Sam worked on healing his feelings of rage and low self-worth. He also accepted the fact that before he’d arrived at the ranch, he had become addicted to drugs and alcohol, and so he started attending AA meetings, which were held at the ranch daily.

The last time I spoke with Sam, he had finished his stay at In Balance and had moved to a halfway house for three months. I asked him how he was doing and about his experience with the equine therapy program. He said, “It’s like I have a totally different relationship with my mom and dad. I know they love me and want to help me. I didn’t know anything about horses when I got there. Now I love them. I don’t know if anyone could have taught me what and why I was doing and how I was messing up my life. Cricket taught me to be okay with myself.”

Horses don’t care who you are, what you’ve done, or what you believe. They care only about how you behave with them. This enables them to give unconditional acceptance to a troubled teen who is revealing his or her true self. This acceptance creates a feeling of self-worth, which can often be hard to obtain with the typical rehabilitation methods of traditional psychotherapy and/ or prescription drugs.

Equine therapy has become one of the most beneficial and cost-effective programs for today’s at-risk youth. To think that millions of emotionally wounded teenagers can get a second chance at a healthy and meaningful life is heartwarming. The idea that this can be achieved from a breakthrough in self-awareness that occurred from simply interacting with a horse is extraordinary.