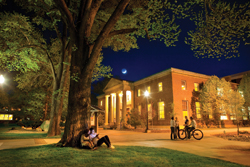 An innovative program at the University of Nevada, Reno, is dedicated to creating an inclusive environment for all students.

Everybody’s welcome in “the sober bubble”—that’s the message of Nevada’s Recovery & Prevention Community (N-RAP) at the University of Nevada, Reno (UNR). Under the auspices of the Center for the Application of Substance Abuse Technologies (CASAT), this program takes an open-door approach to helping students escape—or bypass—the pitfalls of addiction.

“Students can be committed to sobriety for lots of reasons,” said Daniel Fred, MS, project coordinator for N-RAP. “Some are in recovery, but some aren’t. Maybe they’re sober for religious or cultural reasons. Or maybe they didn’t quite get to addiction but came close enough at some point to scare them, and now they don’t want to drink or use any more. So we’ve put the focus on sobriety, not just recovery. That makes us a little different from what’s out there right now.”

Fred graduated from Texas Tech University, which created a model curriculum for Collegiate Recovery Programs and is a pillar of the movement. He credits the program there with helping him overcome his own early battles with addiction and inspiring him to give something back. “I share my story with students and let them know that they can make it,” Fred said. “At UNR, we want them to know that they can connect with a sober bubble that will protect them when they go to football games or get together with friends on the weekend, and that there are other students here who share their values.”

Some recovery initiatives, like the one at Texas Tech, are so well known that students enroll in the school primarily to join the Collegiate Recovery Program there. But N-RAP was designed more as a student organization for those already enrolled. There is no residence hall designated for N-RAP, though the university does offer substance-free living at White Pine Hall.

Most N-RAP students, Fred said, are nontraditional, with an average age of about 24, so many of them have been on their own for a while. Most of those who are in recovery were addicted to drugs or alcohol, though there are a few students in the program recovering from eating disorders. “Whether you’re in recovery or just want to be sober, the difficulty for these types of students is a sense of isolation,” Fred said. “They just want to feel like they belong somewhere.”

That “somewhere” is a student center on campus, complete with a big-screen TV, Wii, bean bags, and just about anything else college kids would need in order to hang out together. N-RAP holds all kinds of support meetings there—Twelve Step meetings, wellness groups, meditation, sessions on body image, and more. The center is open to anyone, but only students interested in sobriety tend to show up. And because N-RAP blends prevention with recovery, students can join in and help spread the word without sacrificing their anonymity. No one knows who is in recovery and who isn’t. 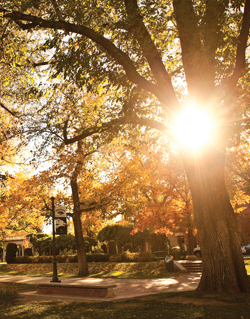 About 50 or 60 students are involved at the Reno campus, and Fred encourages them to lead the direction of the program, which is now about a year old. He said it took him one semester just to find interested students, then another semester for those students to start actually shaping the program. Now they’ve taken ownership, creating such school-wide events as Rage ’N Remember, with “Party Sober” T-shirts and a sober band. A real sign of progress for N-RAP was a decision by the student senate, along with the Sober and Healthy Living Coalition, to create a sober area within the student section at the Wolf Pack’s Mackay Stadium—something that never existed before.

“You know you’re getting somewhere when these students start just hanging out in their everyday lives and encouraging each other,” Fred said. “If somebody’s skipping class, they’ll call each other out on it. Whenever they see newcomers who are asking questions and showing an interest in sobriety but who seem a little timid, the students will do a really great job of pulling them in and making them feel included.”

The next step for N-RAP is replicating the program at other colleges and universities. That work is under way at three Nevada schools: Truckee Meadows Community College in Reno; the College of Southern Nevada in Henderson; and the University of Nevada, Las Vegas. So far, what has worked best at these new sites, Fred said, is to start by empowering students to get an organization going. Once N-RAP can demonstrate student interest, they have better footing on which to communicate with administrators and encourage university support. 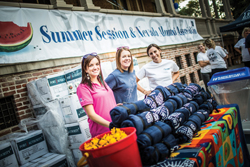 At the end of the day, it doesn’t really matter whether it’s the administrators or the students who start an N-RAP group, Fred said. What counts is the result: “The thing that’s most important to me is not so much programmatic but has more to do with the spirit of N-RAP. Any student who comes in can feel accepted and loved. Our goal is for students to feel like they belong, no matter where they are in their life of sobriety.” 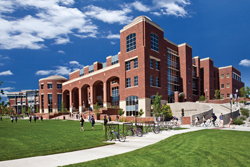 UNR AT A GLANCE

Campus Character: Historic campus sited in a high desert oasis surrounded by mountains; Lake Tahoe to the west, Black Rock Desert to the northeast, and Yosemite National Park to the southwest; drivable to more than 20 ski resorts.

Academic Offerings: Hundreds of degrees, certificates and licensures in over 140 major disciplines; medical school; member of Nevada’s University Studies Abroad Consortium, one of the largest study abroad programs in the country; one of Businessweek’s top 25 MBA programs in the U.S.; major research and science center, including recognized expertise in earthquake science. UNR is the state’s only Tier 1 university, with tuition 80 percent less than most Tier 1 schools.