Posted on May 20, 2015 by Sonia Buchanan in Featured, Slider 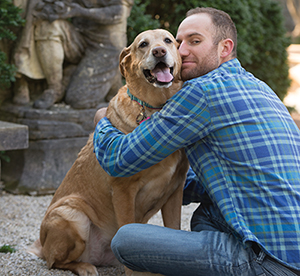 I was born in Atlanta in 1987 and raised in a normal, middle-class Jewish family. I remember feeling like an outsider at an early age. At school, I wanted to be one of the cool kids, but I didn’t know the secret password.

I had my first drink when I was around 9 years old. It was a Jewish holiday, and I remember running around singing, “I Got the Whole World in My Hands.” I started smoking the first week of 9th grade. I felt like a drug addict was born the day I got high for the first time. Pretty soon I was a daily smoker. I had to find a whole new set of friends.

By the 10th grade, I was into Xanax and Oxycontin. Oxy just rang my bell—it made me feel just right. Total euphoria. I told myself, “I’m gonna do this every day!” I started selling pills and weed to support my use. Everyone wanted what I had, and I felt powerful, but it started affecting my education. Also, my parents were always getting in my way.

In my last week of 10th grade, I got called into the principal’s office. All the kids in my class started singing, “Because I Got High.” I had missed 82 days of school that year. My parents were in the principal’s office, and I promised I wouldn’t miss another day. The next day someone told me about a house that had guns and weed, and that we should go rob the place. I thought about what I’d told my dad but realized I just didn’t care. I got arrested for burglary. I was 15 or 16 at the time, and my parents were extremely disappointed. I was using Oxy every day, addicted but didn’t know it. Plus I was using Xanax and weed. I was hanging out with kids who got loaded like me and ripped off houses; I had become one of them.

That summer I thought I was going on a canoe trip, but it turned out to be a wilderness program where you carried the canoe on your back. When my parents came to pick me up, all we did was argue about smoking pot. They wanted to change my school because they thought my school and my friends were the problem. Within an hour of getting home, I was back on everything.

Pretty soon I got asked to leave the new school because of my drug use. That same week, I was arrested for running from the police and for having drugs. My friend took all the blame and got in trouble. I was released to my parents. I kept getting in these situations, and my parents got me out of them. 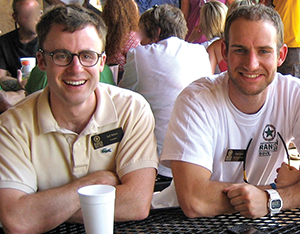 Daniel Krasner on the right with Jack Britton, LPC, LCDC, Collegiate Counselor at the Ranch at Dove Tree