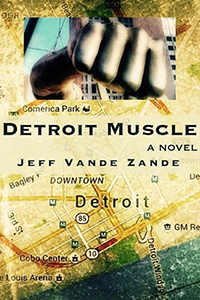 Jeff Vande Zande’s new novel, Detroit Muscle, tells the story of Robby Cooper, a 20-year-old OxyContin addict just out of rehab and trying to put his life back together. Wanting to make amends with the people he has hurt with his addiction, he’s up against a pregnant ex-girlfriend who wants nothing to do with him and a threatening loan shark who wants his money back immediately. Robby’s transformation only begins to happen when he agrees to a road trip across Michigan with his grandfather in a ’68 Firebird.

The desperation and hidden panic of a recovering addict is immediately communicated in this gripping novel. Fresh out of rehab, Robby immediately gets to work trying to salvage what’s left of his life and discovers, as most addicts do, that it’s not as easy as he thought it would be. Every addicted person who chooses recovery will relate well to the difficult task of facing their past deeds as clean and sober people, and wanting to make things right as soon as possible. But people have been hurt. Nobody trusts Robby anymore and figuring out how he can rectify that almost becomes too much for him. But everything in life is a possible trigger for an addict. Will he run or will he stand and face the destruction?

The family disease of addiction and its aftermath is depicted strongly, from the co-dependent mother coming to terms with her son’s vulnerability, right through to the family secrets Robby uncovers by accident. As he unravels the pattern of generations of family issues, Robby is tested constantly and begins to understand that everything is a choice. Having to face some reality he wasn’t prepared for, Robby is forced to make right or wrong choices for himself at every turn.

There are subtle messages relating to recovery throughout the book that perhaps only people in recovery will pick up on. Nevertheless this book not only tackles the issues of addiction, but also of lives lived in regret, anger and misunderstanding of each other, which if left to fester, can haunt us for our entire lives. It teaches us that we cannot run from, nor change our past, but we can most definitely make peace with it and begin again. 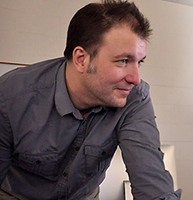 Detroit Muscle offers the reader a choice to view addicts and alcoholics as real people and steps in front of the labels to reveal how trauma is passed from generation to generation without us consciously being aware of it. Each addicted person has a long story to tell behind the devastation that their behavior has caused. There is always heartache, sometimes so great that it can eventually kill us. Robby’s story shows us that we have a choice to make the generational trauma stop with us. We can change our family story from one of desolation to one of compassion and triumph. While most of us will never be lucky enough to have it quite so easy as Robby when we eventually stop using, the message is that making right choices leads us to better things eventually, and sometimes sooner than we think possible.

Detroit Muscle has something for all walks of society in relation to viewing addicted people in a more compassionate light. It also offers hope to addicts and their families that there is a better life for us. Despite the initial struggle early on, life is glorious when we choose light over darkness.

To buy this book: