Adulting – It’s Hard To Do

Posted on April 6, 2017 by Sonia Buchanan in Lifestyle 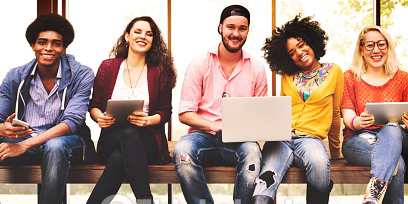 The brilliant young writer, Marina Keegan, whose life was tragically cut short from a car accident five days after her graduation from Yale, wrote in her famous essay for the Yale Daily News what she coined as The Opposite of Loneliness: “It’s not quite love and it’s not quite community; it’s just this feeling that there are people, an abundance of people, who are in this together. Who are on your team.”

After her passing, Keegan’s words went viral and perhaps form the most deft description of what it feels like to be born in the generation that is (finally) taking its place at the table. Millennials, the term given to those born between 1980 and 2000, grew up at the turn of the digital revolution, watched as their baby-boomer parents sent the country to war, and endured the toppling of the greatest economic powerhouse in the free world. We’ve heard it all before – millennials have been described as entitled, the “me” generation, insecure. Plenty of studies show that a good chunk of millennials moved back in with their parents at least once in their twenties and some still live with them; a “boomerang” adult child. These are real worries for parents of millennial children who are concerned for not only their son or daughter’s future, but also for the future of a country coming to a crossroads – the end of the Obama years. Still, millennials are forging a path all their own. It’s rocky at best, a mixed bag of failures and successes, as they stare down the rite of passage into adulthood. They even have their own unique term for coming-of-age: adulting.

Adulting, you say? Playful as it may sound, it’s simply using the word ‘adult’ as a verb; defined as the process of growing up. So where did these millennials come from and why is their late-stage adulting such a concern? If you look back to the mid-2000s, trends in child development had been shifting for several years toward less play time at home and school, an “everybody is a winner” mentality and over-protection for millennial children. Hara Marano, a journalist and editor-in-chief for Psychology Today, wrote in her book A Nation of Wimps about the turning tide in the way we raise our children. “Play is all but dead… so many toys are designed by and for adults… [and] sports many kids participate in are managed by adults.” This is a dramatic shift from the days when educators and administrators doled out physical punishment and told children to simply suck it up.

The trends continued into adolescence as the ubiquity of technology and social media took hold of society. Research from Marano’s look into child development shows that college students in the new millennium use devices such as cellphones and tablets to maintain a constant connection with their parents. Although parents may see a level of comfort in the age of instant communication, the access gives the student a lifeline, a way out of wrestling with real world problems on a daily basis. By the time millennials reached their twenties, that unfriendly little word – entitlement  – found its way into the mainstream as more and more employers, leaders and officials were put off by typical millennial behavior (i.e. “I deserve this job”) inside the workplace.